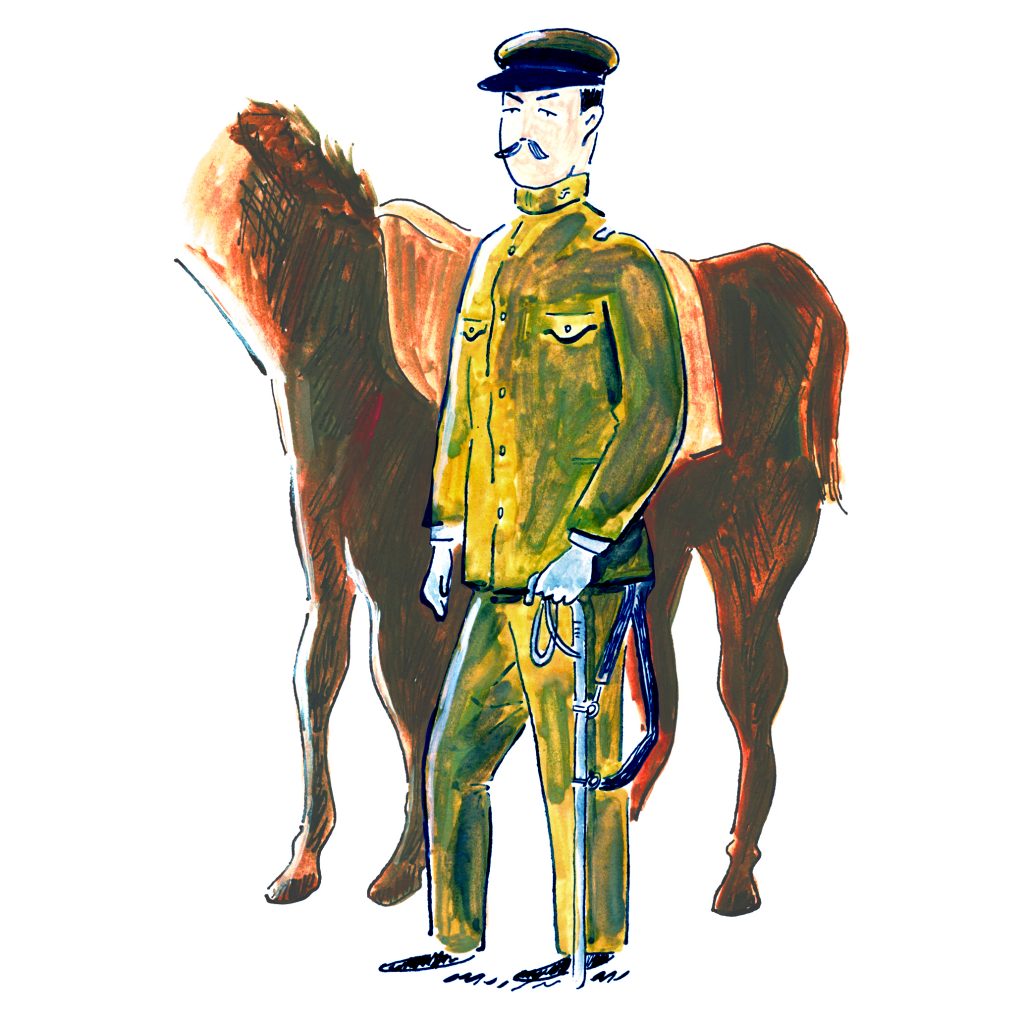 Throughout the Meiji period (1868-1912) as Japan took major steps toward modernization, the great literary figure Ogai Mori wrote of the psychology and spirituality of the Japanese people in his novels, plays, translations, and essays. He was a prolific writer and, as an army surgeon, he experienced the First Sino-Japanese War and the Russo-Japanese War. Here, we take a look at Mori, the public figure who devoted himself to Japanese medicine and culture.

Born as Rintaro Mori in Iwami no Kuni (present-day Shimane Prefecture), the eldest son of a physician serving the Tsuwano clan. Mori entered the Tokyo Medical School college-prep course (present-day Faculty of Medicine, The University of Tokyo) in 1873 at the age of 11 and graduated at the age of 19. He then entered the army and in 1884 was sent to study health and hygiene in Germany. Throughout his life, Mori demonstrated his exceptional talents in many fields. While serving as an army surgeon, Mori was also a novelist, play-wright, translator and critic, and after retiring from the army, was appointed president of the Tokyo Imperial Household Museum (present-day Tokyo National Museum) and direc-tor of the Imperial Library.

As a child, Mori learned Dutch and German and, pretending to be two years older than he in fact was, entered college-prep courses at the age of 11. After graduating, he joined the army and studied in Germany where his language skills were applauded. With the abolition of the han system, his father had lost the title of physician to the Tsuwano clan, and the Meiji government was pushing for modernization. Studying in Germany, Mori shouldered the weight of both familial and national destiny. He absorbed the latest medical knowledge and European culture, reading everything from academic texts to novels to books of philosophy. After returning to Japan, he played one role as Rintaro, head of the Mori family who served the nation and military, and another as Ogai, who shared his thoughts in novels and essays.

In 1890, Mori published his first novel, Maihime (“The Dancing Girl”), based in his experience studying abroad. The protagonist’s return to Japan, leaving the heroine behind and pregnant, shocked the literary world and sparked the first modern literature debate in Japan. In reality, Elise, a German woman said to be the model for the heroine of this novel, followed Mori to Japan soon after he returned. Due to his position as an army physician and his impending engagement to the daughter of a naval commander, Elise was persuaded to return to Germany after a month. Mori visited her secretly during this month and continued to correspond with her for a long time after she left Japan.

At the age of 45, Mori was appointed to Surgeon General of the Army, the highest post with the Japanese Army Medical Corps, and head of the Medical Affairs Bureau of the Ministry of the Army and also helped to promote health and hygiene by writing articles and giving lectures on the necessity of public health. After retiring from government service at the age of 54 in 1916, he was appointed president of the Imperial Household Museum and director of the Imperial Library, as well as first director of the Imperial Fine Arts Academy, contributing to Japan’s cultural development, as well. During this time, Mori continued to write prolifically, publishing novels, founding and editing literary magazines, and authoring essays. Publishing historical novels and biographies such as Okitsu Yagoemon no Isho (“The Last Testament of Okitsu Yagoemon”) (1912) and Abe Ichizoku (“The Abe Clan”) (1913) in his later years, Mori left an indelible mark on modern Japanese literature.