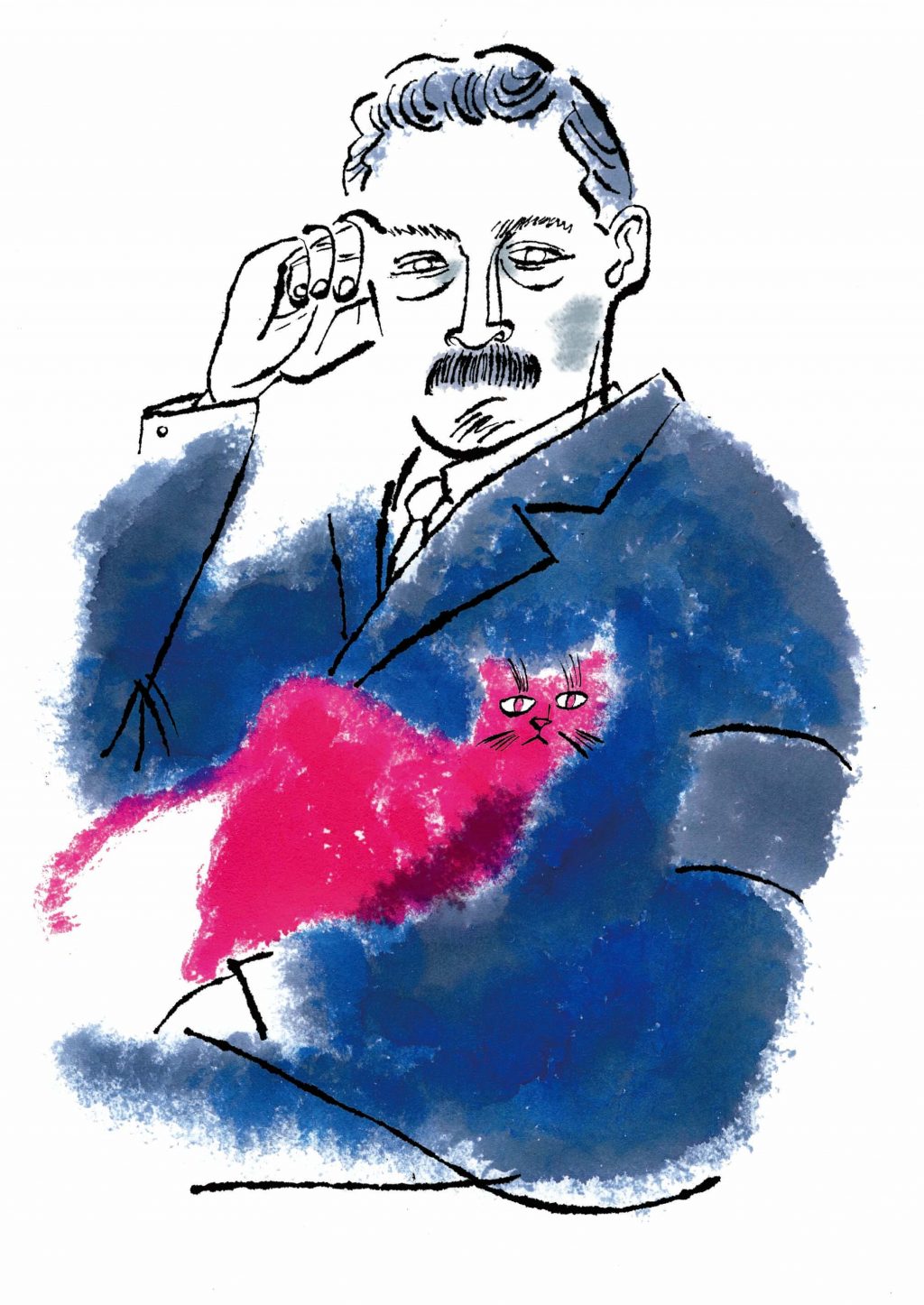 This year (2017) marks the 150th anniversary of Natsume Soseki’s birth. The writer created numerous masterpieces replete with profound psychological descriptions and humor that still ring true today, including I Am a Cat, Sanshiro, Botchan, Kokoro, The Three-Cornered World, and Ten Nights of Dreams. This time Examining Artists introduces Natsume Soseki, who represents the modern Japan, and his unknown episodes.

Born as Natsume Kinnosuke in Babashita-Yokomachi in the Edo region of Ushigome (present Kikui-cho of Shinjuku City, Tokyo). After graduating from the English Literature Department of the Tokyo Imperial University, he taught English at Japan’s old system high schools and colleges while continuing his studies of English literature. In 1905, he wrote I Am a Cat and submitted it to haiku magazine Hototogisu. The novel gained great publicity, and he began pursuing a career as a novelist.

Soseki, who possessed delicate sensibilities and a complicated personality, had a volatile temper. Story has it that one day at a public bath, a “stocky man” was vigorously pouring hot water onto himself, and the water kept splashing Soseki who was nearby. Impulsively, Soseki shouted, “You, idiot!” Flinching to Soseki’s intensity, the man is said to have apologized without hesitation.

Soseki’s novels are portrayed and constructed with great attention to detail based on real experiences and people around him. An anomaly among his works is Ten Nights of Dreams, a sequential series of short stories born out of a diary he kept of his dreams. The portrayal of dreams, which he seemingly wrote with more lucidity the more he was in the midst of his chronic illness of neurasthenia, is filled with enigmatic, incongruous beauty, culminating into a masterpiece of fantastic fiction.

Soseki, who had a liking for Japanese music, is said to have been introduced to western music by physicist and essayist Torahiko Terada (1878-1935) who was an apprentice of Soseki. Terada frequently invited Soseki to attend concerts held at the Sogakudo Concert Hall at the Tokyo Music School (present Tokyo University of the Arts) which was completed in 1890. At one of the concerts, sounds of croaking frogs and popping of Champaign corks were recreated with musical instruments. Soseki apparently took great delight in this and was in high spirits as he imitated the sounds using his mouth on their way home.