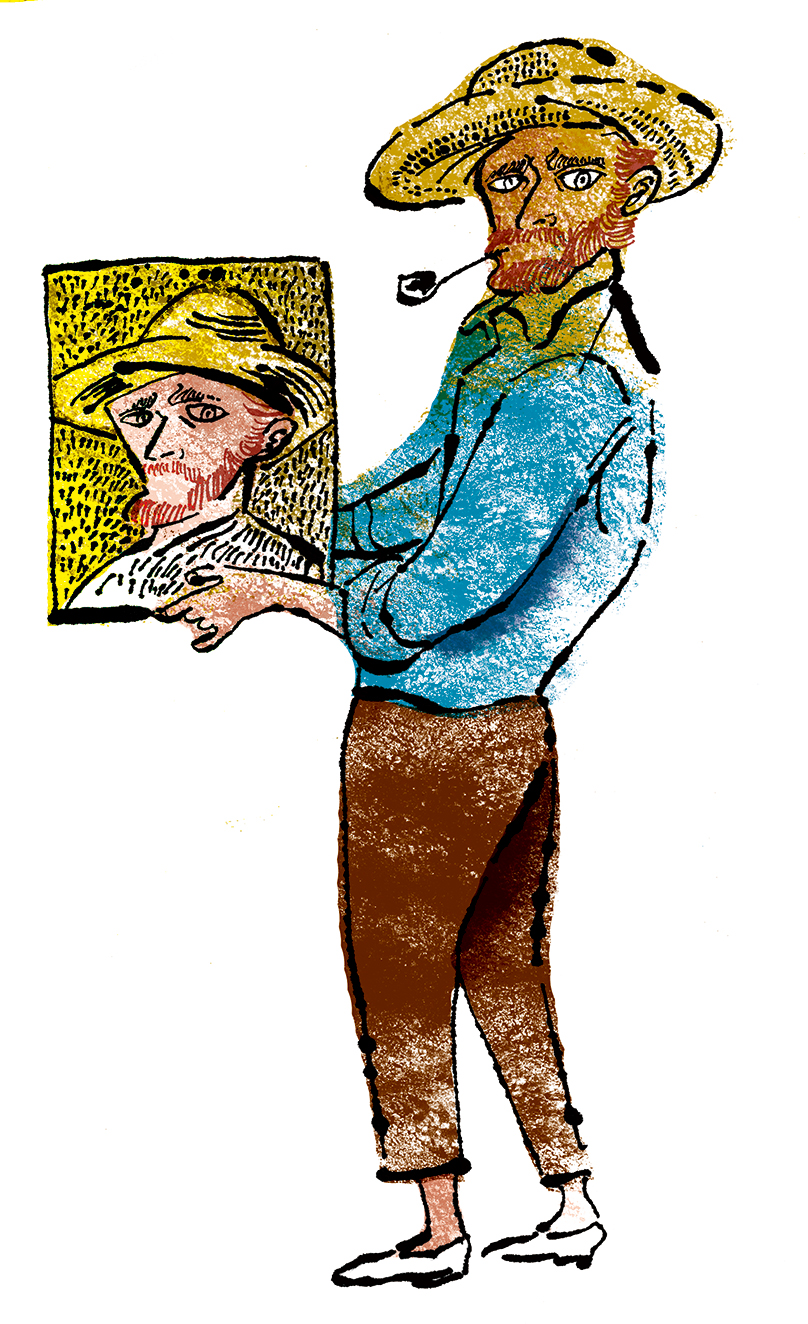 Vincent van Gogh and Paul Gauguin were painters who both lived at the end of the 19th century. Both influenced each other. This column explores the painters in two installments.
The first part focuses on Van Gogh, whose life was filled with highs and lows. His works failed to receive recognition during his lifetime. Because of his nervous temperament, his life was not easy. Gauguin was one of the few painters who associated with Van Gogh. Their lives in Arles, southern France, are described in this column.

Influenced by the Impressionists and Japanese ukiyo-e, he painted a number of masterpieces including “Sunflowers.” He died at age 37.

It is well-known that his younger brother, Teo, supported Van Gogh throughout his entire life, financially and spiritually. At 32 and a struggling painter, Van Gogh stumbled into Teo’s place in Paris in wintertime. However, the arrangement did not work out well. Teo wrote his younger sister, saying, “I want him out.” Even so, life in Paris for two years inspired Van Gogh and brought him opportunities to meet a variety of people. He met painters like Gauguin and Emile Bernard and learned about impressionism and ukiyo-e. Van Gogh expanded his imagination toward Japan, a place he never visited, as his “ideal place” by reading about the country. Then, Van Gogh dreamed about an “ideal place” where painters could live together.

In winter, when Van Gogh was 34, he left Paris and relocated in Arles, southern France, to realize his utopian vision. He expected to create a collective of painters there. He invited Gauguin, believing he was the right person to lead the collective. Van Gogh waited for Gauguin at “The Yellow House,” which was drawn and entitled “La maison de Vincent a Arles.”
“Sun, light, I cannot find any suitable words so that I say just yellow, blue-whitish sulfur-like yellow, bluish lemon color, gold. Yellow, what a beautiful color!” (Letter to Teo, 1888).
“Yellow,” the color of the sunlight in southern France, was special for Van Gogh, who expected to see his utopia. Van Gogh’s representative piece, “Sunflowers,” was also drawn around this period.

In October, Gauguin moved to Arles and started his collectivist life with Van Gogh. The two worked together, talked and spent days together of inspiration. But because of their differing thoughts on art and chemistry, they had many arguments. An incident led Gauguin to leave Arles. Van Gogh pursued him, cutting off a portion of his own ear lobe. Their collective life ended. Van Gogh’s utopia was over after only two months. Van Gogh had drawn two paintings about chairs. A simple chair is “Van Gogh’s Chair.” “Gauguin’s Chair” is an armed chair. The two chairs may contain Van Gogh’s tribute to Gauguin as his one and only best friend. [End]