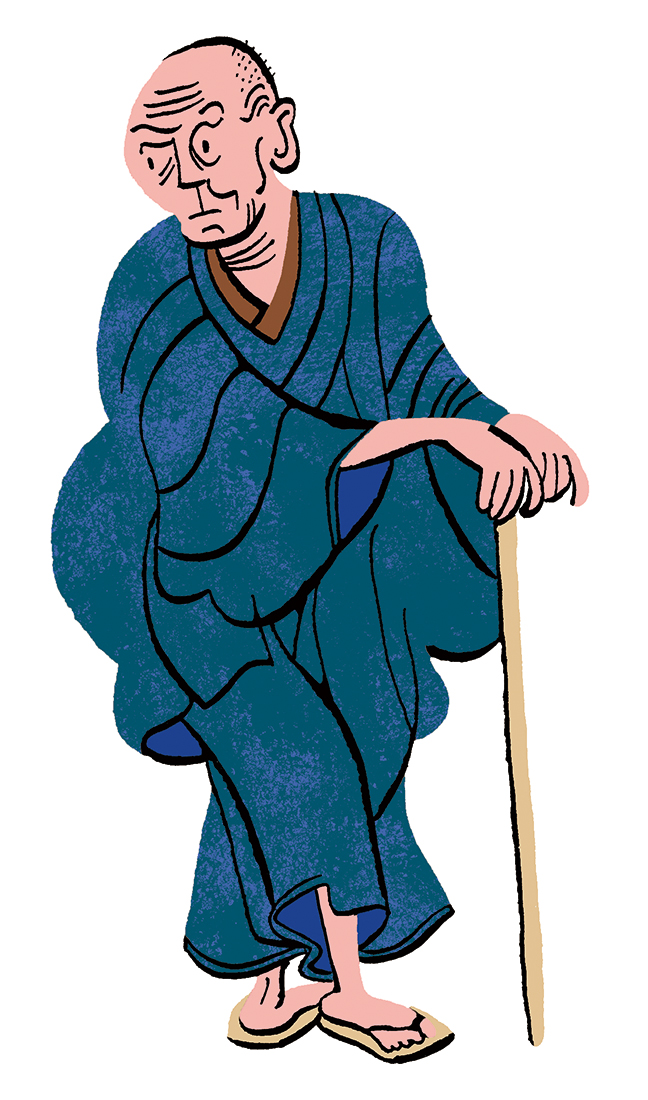 With the opening of the Sumida Hokusai Museum in November 2016, there has been a renewed interest in the Edo-era ukiyo-e artist Katsushika Hokusai. His remarkable artistic skills and use of unconventional compositions and subject matters made him a leader in the art world of the late Edo period. In this section, we will take a close look at the man who, until his death at 89, continued to strive to improve as an artist and diligently dedicated himself to his work.

Born in 1760 in Edo Honjo Warigesui (currently Sumida Ward of Tokyo). At the age of 19, he began studying under Katsukawa Shunsou, an artist whose yakusha-e (“actor prints”) were all the rage of his time. Hokusai debuted at 20 as Katsukawa Shunrou. From age 35 on, he worked without affiliation to any particular school, and created a wide variety of works, from book illustrations, picture books and ukiyo-e prints to original drawings. Among his many remarkable masterpieces are Fugaku Sanjūrokkei (“36 Views of Mt. Fuji”), Shokoku Taki Meguri (“A Tour of the Waterfalls of the Provinces”), and Hokusai Manga (“Hokusai’s Sketches”).

Hokusai, who had posted a piece of paper on his wall stating, “No need for bows or gifts,” remained true throughout his life to the stance that he would create whatever he wanted to create. There was even a time when a megastar kabuki actor, the third-generation Onoe Kikugoro (1784-1849), came by Hokusai’s home to commission a piece of artwork and, seeing how filthy the tatami floor was, laid down a rug before he sat down. Hokusai was angered by this, and chose to ignore the guest until he left. By contrast, however, he would sometimes give his artwork to the young order-taker boys as gifts to take home.

When Hokusai received more and more requests from those who wanted to work for him as apprentices, he published a book that teaches how to draw efficiently in an easy-to-follow manner. Hokusai Manga (1814-1878) purely shows samples of pictures, and Ryakuga Haya-oshie (“Quick Lessons in Simplified Drawing,” Part One 1812, Part Two 1814) explains how to draw human figures and animals in practical terms by breaking them down into circles and lines.

When books like Hokusai Manga and Fugaku Sanjūrokkei were introduced to the West in the late 19th century, they sent shockwaves through many western artists including Van Gogh, Monet, Cézanne, and Gauguin. Within Japan, the introduction of such elements of expression that Hokusai invented as speech balloons and radial speed lines was seen as revolutionary, and they are considered the origins of today’s manga and animation culture.
<End>

Sumida Hokusai Museum opened in November 2016. The building was designed by the world-renowned architect Kazuyo Sejima. Founded on a roughly 600-piece collection owned by Peter Morse, one of the most prominent Hokusai collectors and researchers in the world, as well as the collection kept by Sumida Ward, the museum shares with the world a wide range of information befitting its status as the foremost authority on Hokusai.