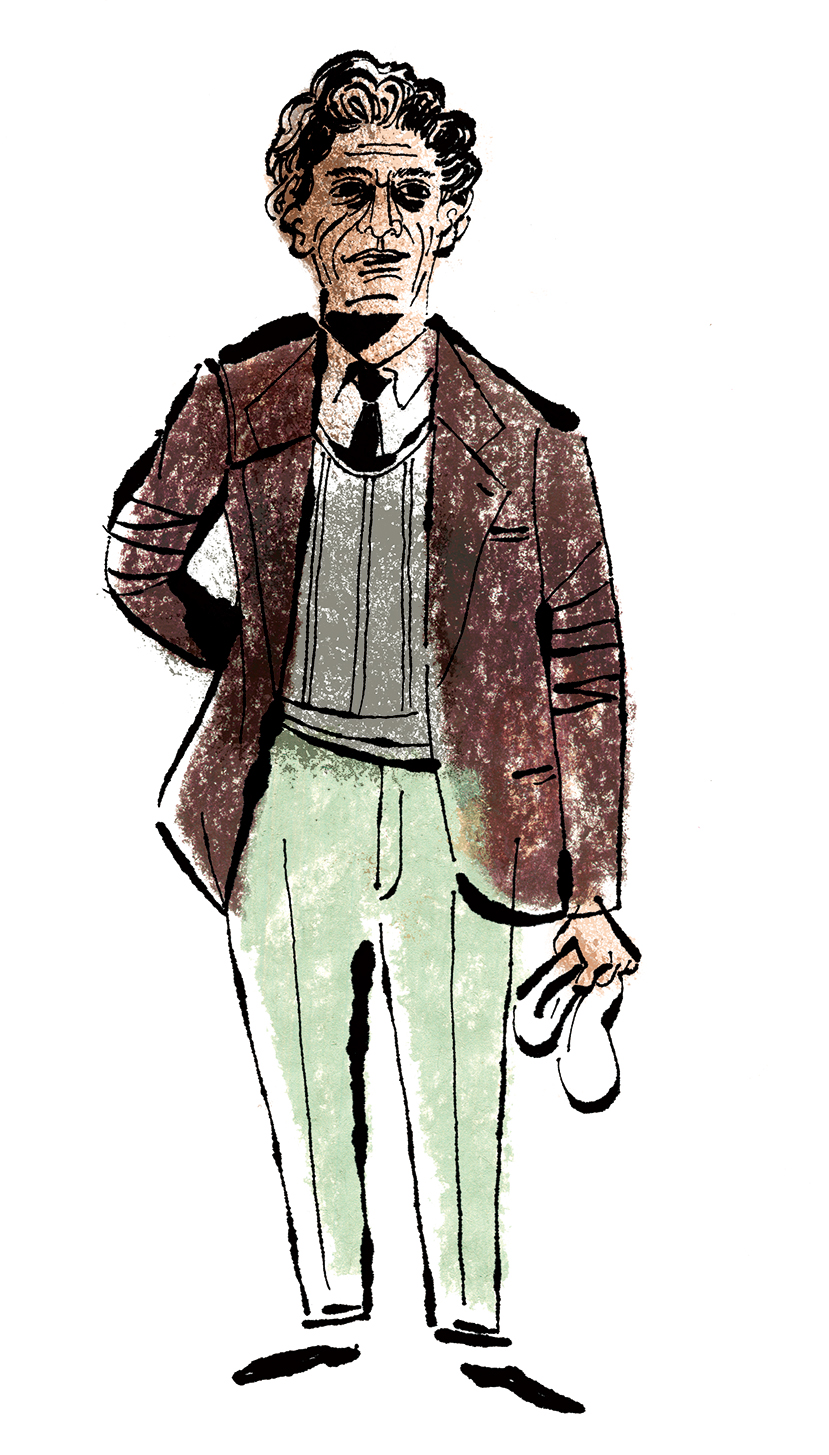 Alberto Giacometti is known for creating sculptures of thin, elongated figures. The peculiar forms he arrived at as a result of his process of searching for the essence of man carved out new horizons for 20th-century sculptures. Up until the time he perfected his own style, what kind of a life did Giacometti lead?

Born in a small village of Borgonovo in the southeastern Swiss Alps, Giacometti grew up in the neighboring village of Stampa, where his family moved when he was five years old. Around 1925, he began producing and showing his artwork, which comprised mostly sculptures. He created abstract sculptures for a time, and eventually arrived at his own unique style of elongated human figures.

Under the guidance of his father, artist Giovanni Giacometti (1868-1933), Alberto began creating oil paintings at age 12 and sculptures at 13. He entered a boarding school at age 14, where he exhibited his talent and passion for art early on. Once, on his way home from boarding school, he used his train fare to buy a book on Rodin’s collection of works, and ended up having to walk in the snow for many dozens of kilometers to get home.

In 1922, Giacometti moved to Paris and studied representational sculpture. He joined the surrealist movement in 1930 and found success as a surrealist sculptor, but he broke from the movement in 1934. One night, seeing a small figure of his girlfriend walking on the other side of a large road, he realized that he could grasp the entirety of a figure by observing it from a distance. Since then, the figures of his sculptures got thinner and longer.

In the last years of his life, Giacometti fervently created many works of art including sculptures, prints, and oil paintings, always pouring his all into tackling new themes. In late 1965, he developed heart disease and died the next year. Many unfinished pieces were found in his studio in Montparnasse. To the end, Alberto Giacometti’s life was devoted to the pursuit of art.