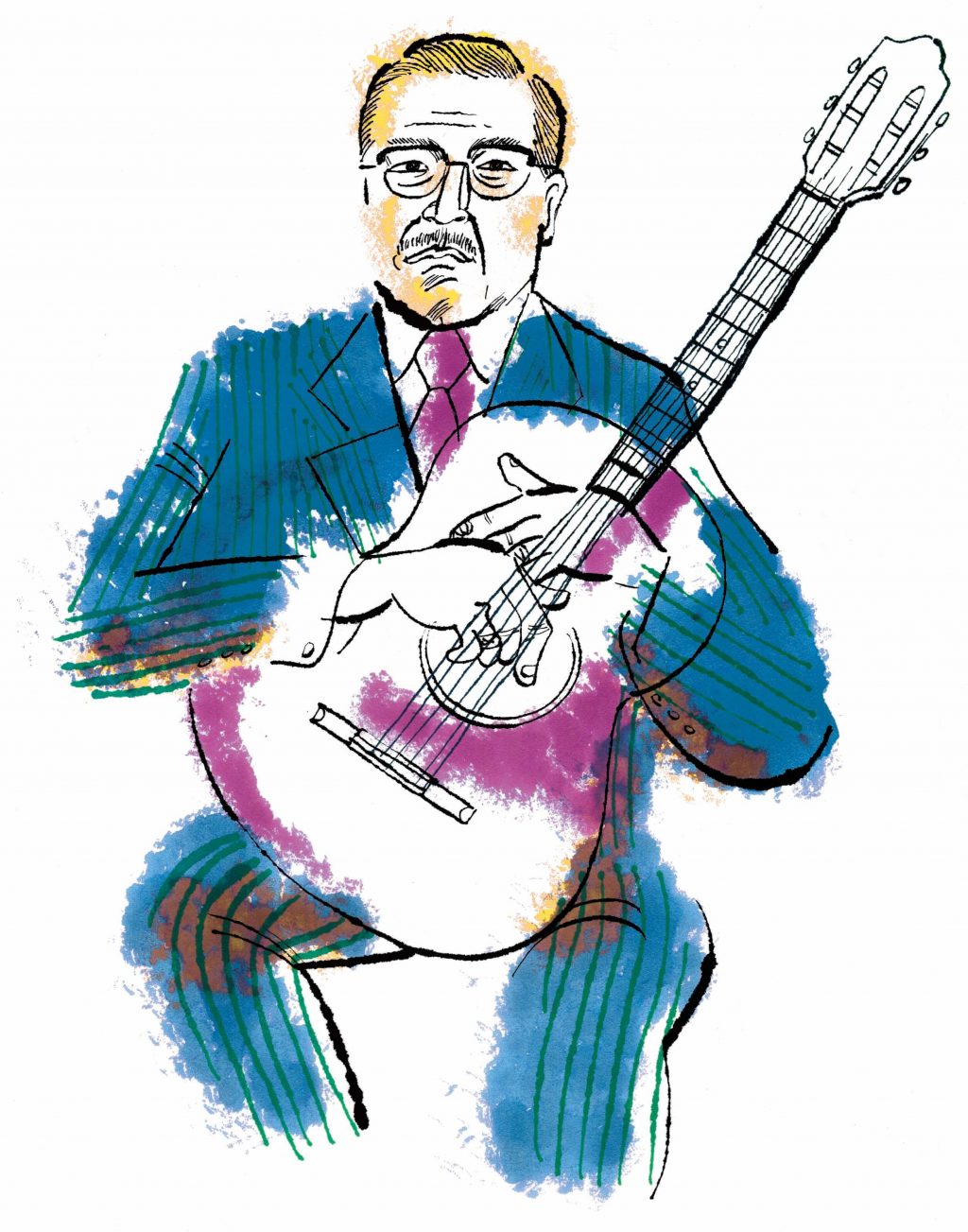 Masao Koga, called kayōkyoku no chichi (“father of Showa-era pop music”), is said to have written 4,000 or even 5,000 songs in his lifetime. Using a revolutionary compositional method that incorporates the essence and musical arrangements unique to Japanese music, he produced many masterpieces from the prewar era through the post-war years. Among them were Oka wo Koete, Sake wa Namida ka Tameiki ka, Dareka Kokyō wo Omowazaru, and Tokyo Rhapsody. In this column, we will examine the background from which came the sometimes lighthearted and sometimes melancholy “Koga melody.”

Born in Taguchi-mura, Mizuma-gun(current Okawa City), Fukuoka Prefecture. Beginning with Kage wo Shitaite, a song he wrote the lyrics and music to while at Meiji University, and his 1931 song, Sake wa Namida ka Tameiki ka, he continued to vigorously create songs and perform till his last years. He established the Japan Composer’s Association, and the Japan Record Awards, setting forth a major trend within Japan’s popular music.

From a young age, Koga demonstrated extraordinary talent in music. He went to commercial school at the recommendation of his oldest brother who ran a store, while his fourth older brother who was one of the few people who understood Koga, bought him a mandolin, a popular instrument at the time. Koga began working at the store, but after about a year, he entered the preparatory course of Meiji University. It was there that he began his active involvement in musical activities and took part in establishing the university’s mandolin club.

Koga is known as the ever-smiling, warm character with glasses and a mustache. In his younger years, however, he was seen as a nagging and scary upperclassman with an impetuous and fastidious personality. One day, realizing, “If I keep this up, everyone will go away,” he began to practice wearing a smile and always being cheerful in his greetings and demeanor.

In 1938, Koga, serving as a goodwill ambassador of music, was broadcasting his music from the United States to the world. On a certain postwar day, a member of the Allied Occupation forces who had heard Tokyo Rhapsody as part of his Japanese language lesson and felt moved by it, paid Koga a visit. Koga, who felt encouraged and regained his strength from this, continued to create many more hit songs in the post-war years.