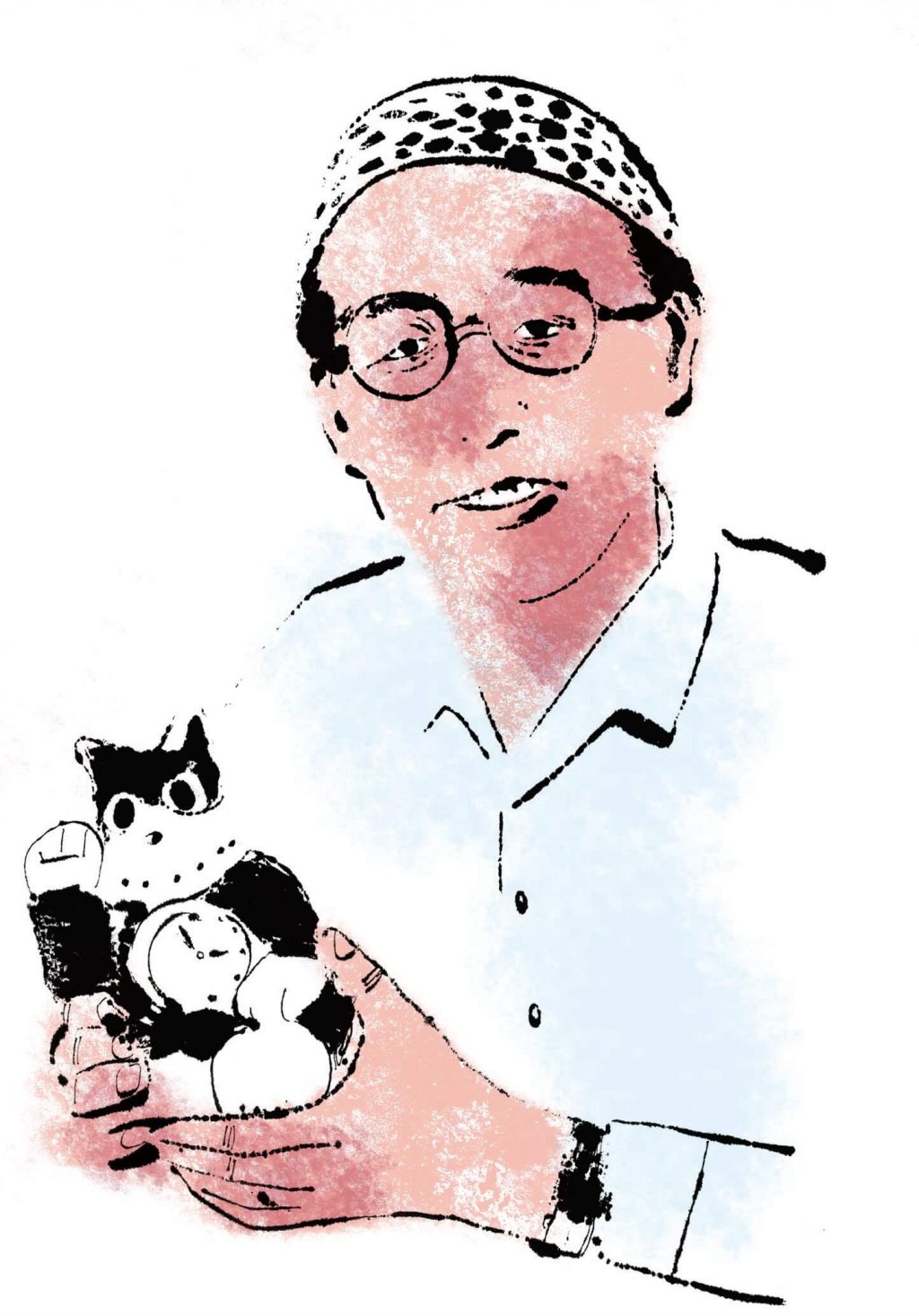 Suiho Tagawa was a manga artist who touched off the great “Norakuro” craze in the early Showa period. His style is often considered the origin of story-telling manga, and big-name manga artists who came in the following generation like Osamu Tezuka, Machiko Hasegawa, and Shigeru Sugiura were greatly influenced by Tagawa’s work in their younger years and respected him as a master. In this article, we will take a closer look at the character of this artist who has left behind the cornerstone at the dawn of Japan’s manga culture.

Given name Nakataro Takamizawa. Born in 1899 in Hayashi-cho, Honjoku, Tokyo-shi (current Tachikawa, Sumida-ku, Tokyo) and grew up in Fukagawa. His debuted as a manga artist in 1928 with Medama no Chibi-chan which ran in the monthly magazine Shonen Club. Among the large volume of work he created were Norakuro and Tako no Hacchan. His pen name was created by breaking down his last name into TA (田), KA (河=also read “gawa”), MIZ (水=also read “sui”), and AWA (泡=also read “hou”).

In 1919, Tagawa was enlisted into the military. After joining, he wrote in his personal information form, “Artists cannot fit into the military life, I want to get sick or something and get exempted from service.” A year later, a superior said to him, “You are being considered for the position of private first class, but you don’t seem to be too keen on such things. Won’t you offer the post to someone else?” He spent the remaining year or so of this duty as part of the War Pigeon Research Team. As his main responsibility was taking care of pigeons, he was also able to sneak in some sketching time. These slow-paced experiences in the military served as the foundation for Norakuro which he created several years later.

After discharge, Tagawa entered the design department of the Nihon Bijutsu Gakkō (“Japan School of Art”). While studying graphic design, he also resonated with the avant-garde art movement, and in 1923, he joined the art group MAVO and created abstract paintings. After graduation, Tagawa did advertisement design and other work, while also writing rakugo scripts for the reading page of a entertainment magazine Omoshiro Kurabu (“fun club”) under the pseudonym Rotei Takazawa. Thanks to his childhood experience of having frequented traditional vaudeville theaters called yose to see rakugo performances and to his natural, light-hearted sense of humor, the scripts were received quite positively. One of the scripts he wrote during this time entitled Neko to Kingyo (“cat and goldfish”) is a shinsaku rakugo (“modern rakugo,” rakugo written in late Meiji period or later) masterpiece that is still performed at yose today.

At the urging of the editor-in-chief at Omoshiro Kurabu, Tagawa tried his hand at creating manga, and in 1931, he began the Norakuro series. A clumsy stray (“nora”) dog Kurokichi, aka Norakuro, joins the Mouken Rentai (“regiment of fierce dogs”) and he accomplishes many feats all the while also creating havoc. This character won great popularity and Norakuro became a nation-wide sensation. The original plan for the manga series was that Norakuro would complete his term in the military in around two years, be discharged from service, and that would be the end. However, Tagawa was inundated by fan mail, and the series was extended many times. He ended up continuing the series for 50 years, ending with Norakuro Kissaten (“Norakuro café”) at the end of 1980.