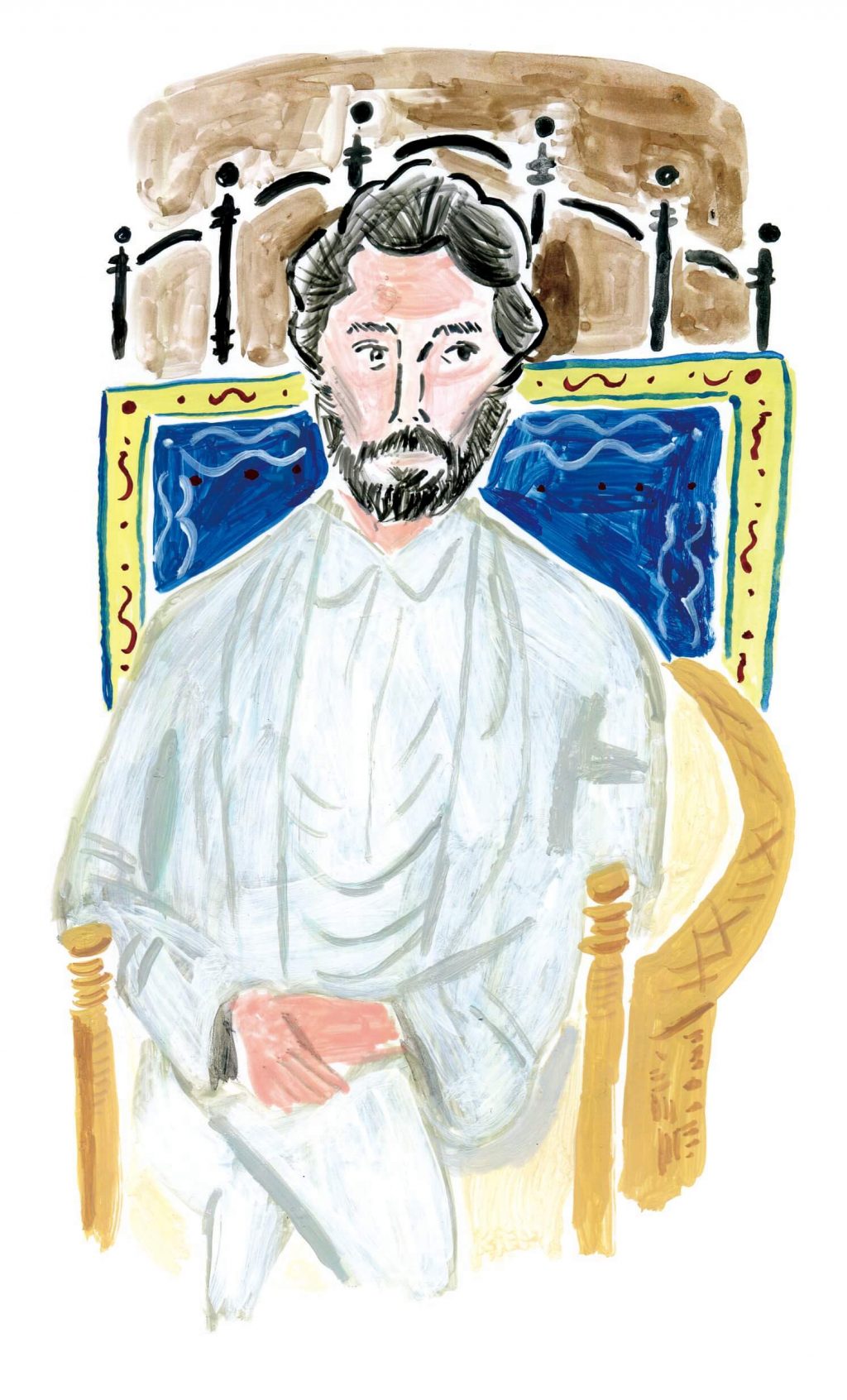 Tsune Nakamura was one of the leading western-style painters of the Taisho period. He painted the Portrait of Vasilii Yaroschenko, a masterpiece that won him a permanent place in Japan’s contemporary art history. This column will follow the life of this introspective, deeply insightful artist who, although his powerful yet sensitive style made him a darling of his time, sped through his life as he ran out of steam battling an encroaching illness.

Born 1887 in Mito, Ibaraki Prefecture, and moved to Tokyo at age 11. At 17, he contracted tuberculosis and dropped out of the Tokyo Army Cadet School. During his convalescence, he began sketching and creating watercolor paintings, which led him to pursue a career in painting. He was one of the first artists in Japan to apply the technique of Impressionism, a groundbreaking painting style at the time, and established his own unique way of expressing light.

Although Tsune entered the army cadet school at his own will, the grueling training proved to be too demanding for his delicate constitution. In 1904, he contracted tuberculosis, for which proper treatment had not yet been established, and had to drop out of school. Although he was initially devastated, the sketching and watercolor painting he did at the location he moved to for healing led to the blossoming of his talent. He later learned how to create western-style paintings and went onto actively pursue the path of an artist.

Tsune, who became a new star in the art world, was offered an art studio and living space in 1911 by Mr. and Mrs. Soma, the founder of Nakamura-ya, a food manufacturing company (at the time). In 1913, he began painting the couple’s eldest daughter Toshiko as a model. For Tsune, Toshiko became his muse as well as the object of his affection. He asked for her hand in marriage in 1915 but was vehemently opposed by her parents. He soon left the art studio.

In 1916, Tsune moved into a residential housing and art studio in Shimo-Ochiai, Tokyo. His masterpiece, Portrait of Vasilii Yaroschenko, whose model was the blind Russian poet (1890-1952), drew great acclaim not only in Japan but also in Paris. This encouraged the ailing artist. He died at the young age of 37 on December 24, 1924. It is said that he died in peace.
<End>