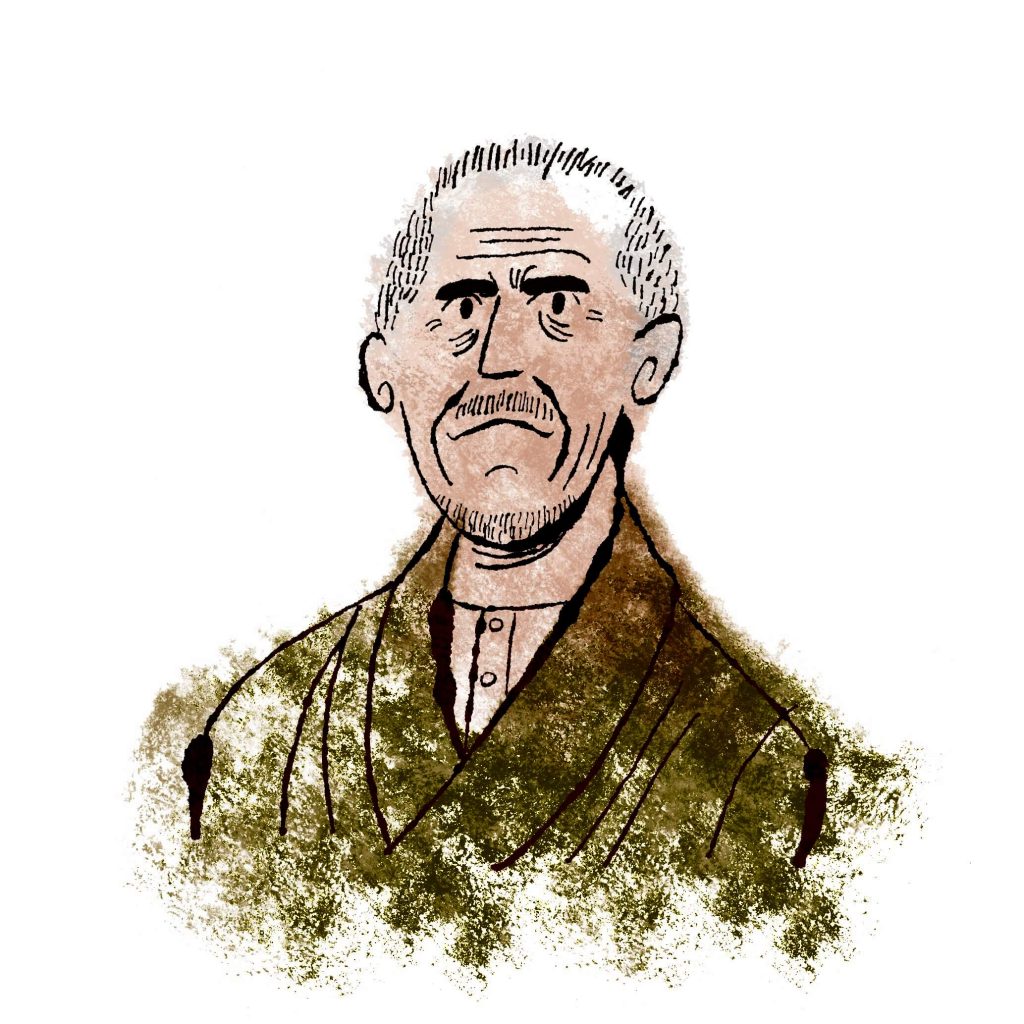 A Japanese painter active from late Meiji to the early Showa period (late 19th to early 20th century), Okoku Konoshima’s lyrical paintings of animals from intricate sketches were very highly regarded. Later in his life, Konoshima withdrew from the artists’ society and his existence was half-forgotten. More recent studies of his works, however, have led to a reappraisal of his work.

Born in 1877 in Kyoto, Japan with the given name was Bunjiro. With his skill for elaborate depictions based on traditional Japanese techniques, Konoshima’s works span a wide range of themes, including historical and genre painting, still life, and animal paintings. His 1910 masterpiece Karikura (The Hunt), whose whereabouts were long unknown, was discovered in 2013, restored, and publicly displayed for the first time in 2017.

Born and raised in the Sanjo-Muromachi neighborhood of Kyoto, the city's economic and cultural center, Konoshima was 16 years old when he entered the private school of Keinen Imao (1845-1924), master of the Kyoto Shijo school of painting.

The school placed great value on sketching, and Konoshima's enthusiasm for observation is evident from the 674 large and small sketchbooks he filled. His piece Kangetsu (Winter Moon, 1912) was awarded the highest prize given at Bunten (the Ministry of Education Arts Exhibition). Although it was harshly criticized by Soseki Natsume, the work was recognized for the innovative techniques used and has been attracting attention in recent years.

Konoshima's animal paintings reveal his affection for animals. Walking to nearby farmhouses and temples, he would sketch not just dogs and cats, but also cows, horses, wild boar, and deer. Konoshima was presented with an annual open pass by the Kyoto City Zoo, as well.