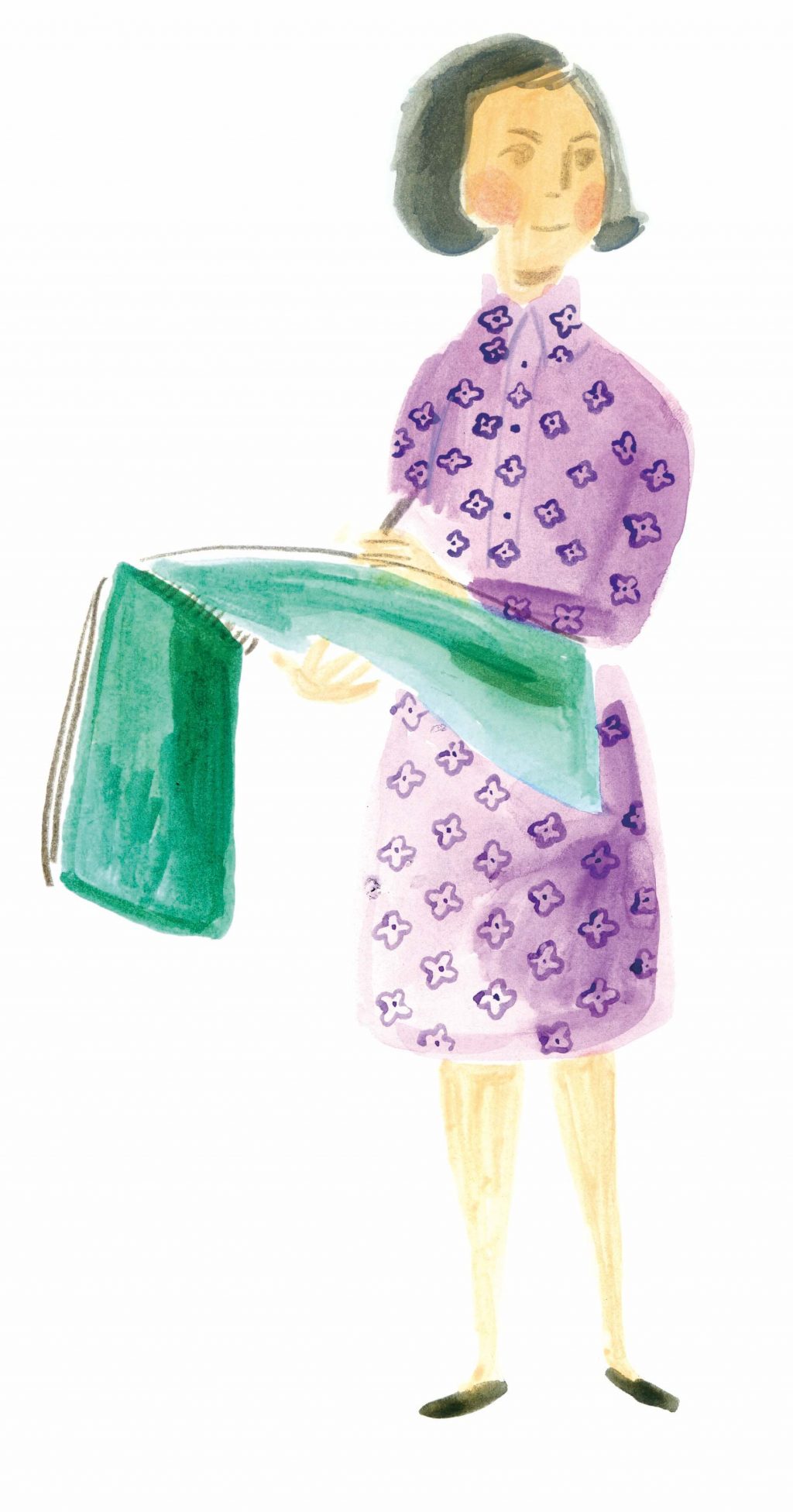 The year 2018 marks the 100th anniversary of the birth of artist Chihiro Iwasaki. To this day, her picture books of endearing drawings of children remain well-known and loved by people of all generations. This is the story of Chihiro Iwasaki, a talented artist and a mother.

Her real name was Chihiro Matsumoto, and Iwasaki was her maiden name. Soon after she was born, her family moved to the town of Shibuya (today Shibuya Ward) in Tokyo, and from a very young age Chihiro developed an affinity for drawing and calligraphy. Before the war, at the age of twenty, Chihiro went into an unwilling marriage, which ended with the death of her husband. After the war, she worked as a newspaper journalist. Then, at the age of 28, Chihiro decided to pursue the path of an artist. In her works, she used watercolors to depict beautiful and dreamy fairy tale scenes and episodes in children’s everyday life.

In 1949, Chihiro remarried to Zenmei Matsumoto, a young man who was seven and a half years her junior, and bore their only child, a son named Takeshi. During the period when she left Takeshi in the care of her parents in Nagano Prefecture so she could work and support the family, Chihiro often traveled 7 – 8 hours to see him. Her experience as a mother enabled her to draw masterful illustrations of babies and children in different ages.

In her works, Chihiro searched for innovative means of expression, exemplified by the creation of the so-called “feeling picture books,” which place the emphasis on illustrations over text to provoke empathy.
Also, in a time when copyrights were still not established, Chihiro asserted the rights of authors by demanding that publishing companies return her original illustrations. As a result, she retained a large number of her original works, which eventually led to the establishment of the world's first picture book museum.

As an artist committed to children's happiness and peace, Chihiro was deeply pained by the war in Vietnam, and in 1972 she began working on her book Senka no Naka no Kodomo-tachi (“Children in the Flames of War”). The book also reflects the artist's own wartime experience. Soon after the completion of that picture book, Chihiro was diagnosed with liver cancer, and after seeing her son get married from her hospital room, she passed away in 1974, at the early age of 55.