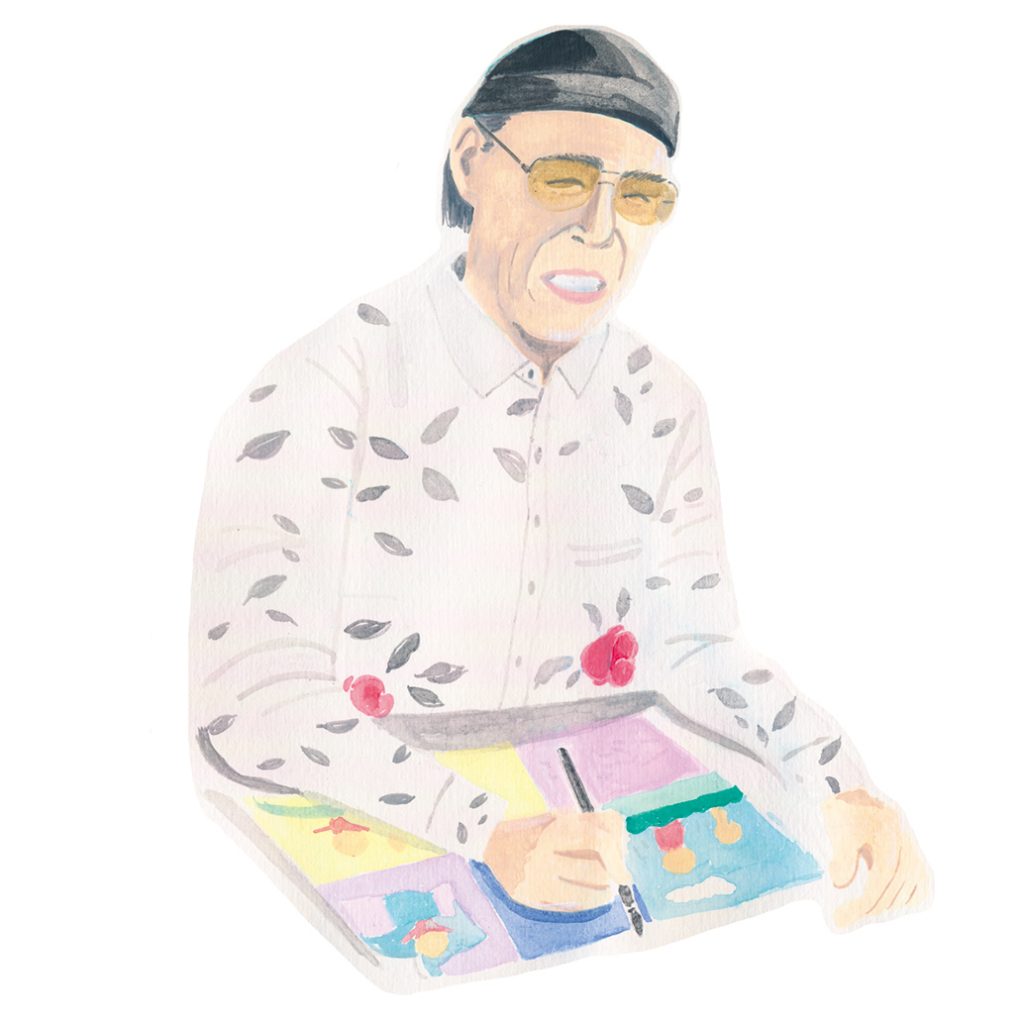 Takashi Yanase is known as the father of the popular anime character Anpanman. Yanase’s 100th birthday was marked in 2019 with a commemorative exhibition and the announcement of the first recipient of the Yanase Takashi Cultural Award honoring conscientious art activities for children.

Born in 1919 and raised in Kochi Prefecture. Yanase wrote the lyrics for the nursery rhyme Tenohira wo Taiyo ni (“Raise Your Hand to the Sun”) and worked as the art director on such animated movies as Senya Ichiya Monogatari (“A Thousand and One Nights”) (MUSHI PRODUCTION, CO. Ltd). He released Anpanman at the age of 50. With the subsequent series of picture books for children (Froebel-Kan Co., Ltd.), Anpanman surged in popularity. In addition to this most famous series, Yanase was also involved in the design of numerous local and corporate mascots.

A Multi-Talented Manga Artist
After working as a graphic designer and manga artist, Takashi Yanase focused on freelance manga work from 1953. After striking out on his own, he wrote for television and radio and staged productions for the theater, as well as working as editor-in-chief for the magazines Poems and Fairy Tales (first published in 1973) and Ichigo Ehon (first published in 1975). These magazines were also where the illustration talents of artists Shomei Yoh, Ken Kuroi, and Moe Nagata blossomed.

The Secret Story of Anpanman’s Birth
Debuting in 1969, Anpanman was initially depicted as an old man who gave out bread to hungry children. The character first appeared closer to its current form in the 1973 picture book Anpanman (Froebel-Kan Co., Ltd.). Although publishers and adults were not happy with the fact that Anpanman would break off pieces of his face to feed other characters, this proved very popular with children. Later, in 1988, Go! Anpanman was released as an animated television series.

Close to Everyone’s Heart
Yanase always said, “Never underestimate kids,” and when writing the song “Anpanman’s March,” he included philosophical lyrics on serious questions. After the Great East Japan Earthquake in 2011, “Anpanman’s March” was broadcast on radio, spurring a chorus of children to sing along and bringing adults to tears. Filled with his views and tender spirit, Yanase’s works hold a permanent and special place in people’s hearts.

Opened in 1996, the hall aims to collect, research, and make available the diverse creative world of Takashi Yanase. Facilities on the premises include the Anpanman Museum and the Poem and Märchen Gallery, where work from the Poems and Fairy Tales magazine issues is on display.