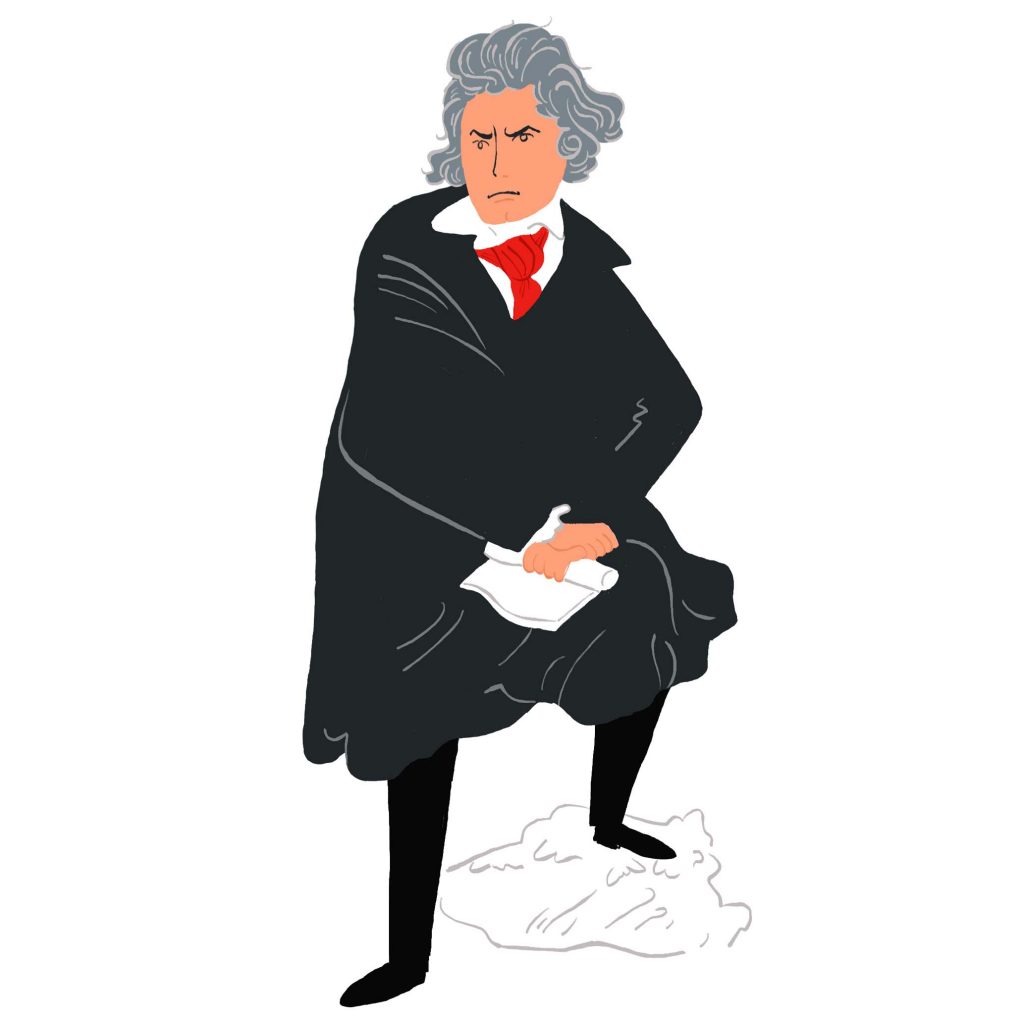 2020 marks the 250th anniversary of the birth of Beethoven, the world-renowned German composer of so many masterpieces everyone knows, including the all-familiar Fifth Symphony with its infamous phrasing and his three major sonatas Pathétique, Moonlight, and Passion. In the first part of this article, we explore the life and roots of this master of classical music.

Born in Bonn, Germany, Beethoven studied in Vienna, the City of Music, with Joseph Haydn and Antonio Salieri, gaining fame as a pianist at a young age. Despite suffering from ongoing hearing loss beginning in his late 20s, he left behind more than 250 pieces when he died at the age of 56. Supported by patrons from the aristocracy, Beethoven produced a series of dramatic and unprecedented masterpieces, earning him immense respect as the consummate artist.

Early Years
Beethoven’s grandfather served as music director to the royal court, and his father was a tenor. His grandfather died when Beethoven was three years old, and it was his father who educated him as a musical protégé. His debut performance came at the age of seven, and Beethoven showed such promise as a child prodigy that he was regarded as the “second Mozart.” However, his mother died suddenly when he was 16 years old, and with his father slipping into alcoholism and losing his job, Beethoven was forced into hard work in his mid-teens to support his two younger brothers. Still, he did not give up on his studies. When his talent was discovered by master composer Joseph Haydn, Beethoven moved to Vienna, the City of Music, at the age of 21. With an indomitable spirit, he seized his chance.

The Heiligenstadt Testament—a Turning Point
Having begun to suffer from hearing loss in his late 20s, Beethoven spent six months in the Heiligenstadt countryside when he was 31 years old. Showing no sign of recovering his hearing, he wrote a deeply moving testament to his art, declaring that it had saved him even while in the depths of despair. From this point on, he no longer cared whether people knew about his deafness and stopped worrying about what the people around him thought. He dedicated himself to creating the work that would revolutionize music. Written to his younger brothers, the Heiligenstadt Testament was only discovered after his death. Fascinating in the way the text mirrors the flow of his music, Beethoven's testament gives us a glimpse into his tenacious nature.

Beethoven and Japan
When classical music began to be imported in the Meiji and Taisho periods (1868-1926), Beethoven was just one of many renowned composers introduced to Japan. In 1927, however, the 100th anniversary of his death presented the Japanese public with many opportunities to celebrate the composer’s achievements and shaped his reputation in Japan as a man who overcame life’s difficulties and left behind a great legacy. Thus, he became known in Japan as the Saint of Music. His Ninth Symphony, which is particularly well known here, is performed some 200 times nationwide in December alone, with about 80% of these performed by amateur choral groups. No other piece classical music is so beloved in Japan. <End>