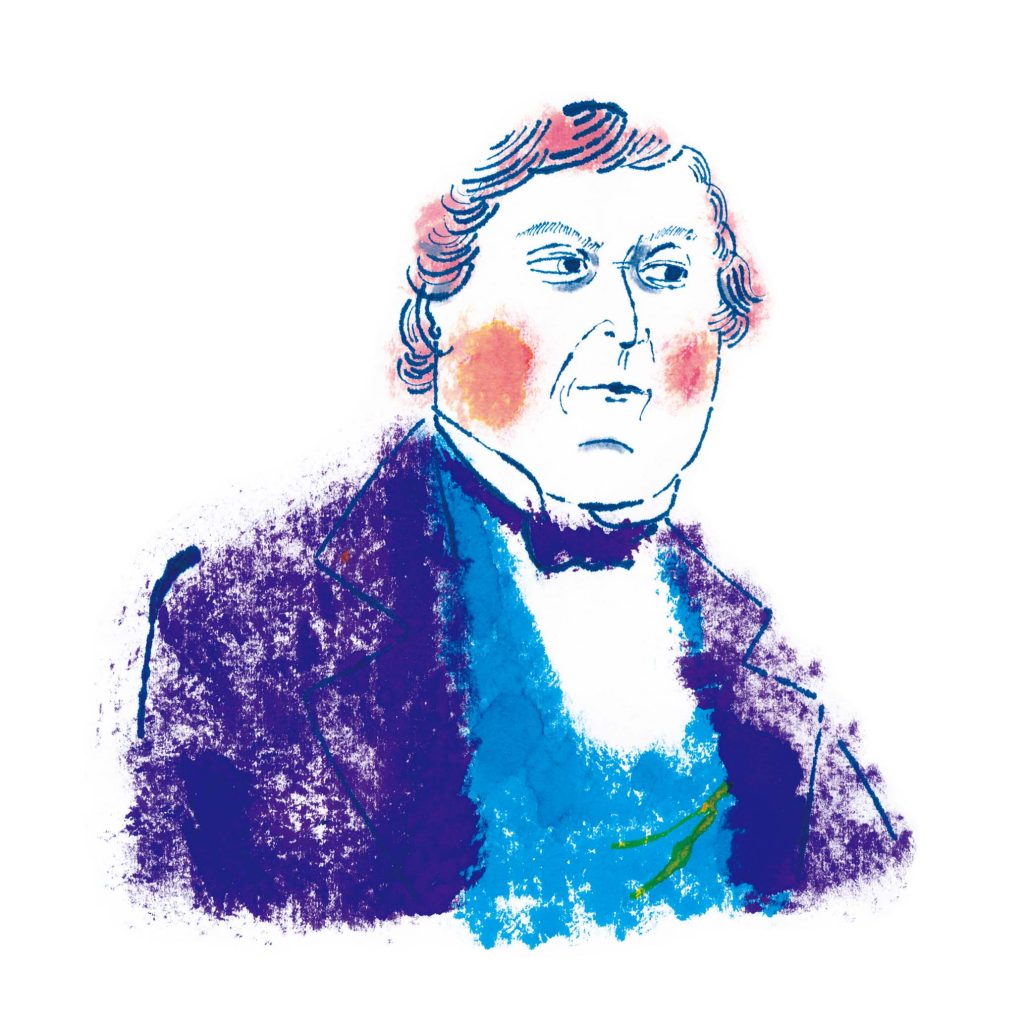 Gioachino Rossini was a prominent opera composer of the first half of the 19th century. His best-known operas are The Barber of Seville (Il barbiere di Siviglia) and William Tell (Guillaume Tell). Also famous as a food lover, Rossini inspired the future generations to appreciate the pleasures of fine food. In 2018, the world marks the 150th anniversary of his passing with concerts and other prominent events.

Rossini was born in Pesaro, Italy, into a family of musicians. His father played the horn, and his mother was a singer. As a young boy, Rossini accompanied his parents on their tours, and performed as a singer, inspiring admiration with his angelic face and beautiful voice. He made his debut as an opera composer at the age of 18. At the peak of his career, Rossini produced operas at a pace of three per year. Opera fans from all over the world attend the Rossini Opera Festival, which is held at the composer’s birthplace of Pesaro.

Rossini’s most famous work, The Barber of Seville (1816), is a comic opera about a barber named Figaro who helps a young count win the love of the woman of his dreams. The overture to the opera, which is often performed on its own because of the delightful jaunty rhythm, features the famous “Rossini Crescendo.” A signature device since the composer’s early works, the Rossini Crescendo creates a sense of growing excitement and tension by repeating a rhythmic motif over and over while progressively increasing the volume of the orchestral music to draw the audience into the story.

In his 30s, Rossini expanded the scope of his activities to Paris and London, and became so famous throughout Europe that the French novelist Stendhal extolled him as “the Napoleon of music.” Unfortunately, however, his contract with the French government to write new operas and receive a pension for life, was nullified by the July Revolution of 1830, and at the age of 37, Rossini retired from composing operas and became a salon musician.

Rossini had been a gourmand since childhood, but he indulged in his passion of creating food fully once he retired from the opera world. His signature dish is called “Tournedos Rossini,” a sumptuous combination of foie grass and truffles. Rossini’s passion for fine food is reflected in the naming of some of his piano pieces, such as Hachis romantique (Romantic Hash), and Les anchois (Anchovies). Perhaps this passion is to blame for the change in the appearance of the once handsome composer, who, after retiring, became rather plump.