Discussion with Seiko Ito about horticulture of the Edo period

Enjoy a Summer Night at an Art Museum! 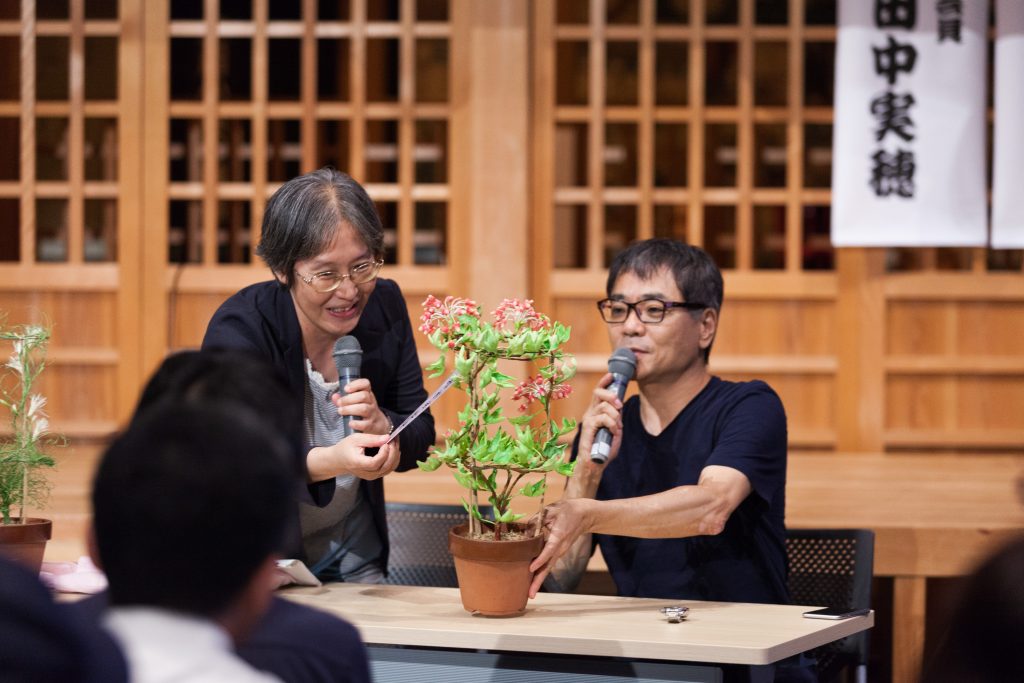 What is “Summer Night Museum”?

Summer Night Museum was held by six national and metropolitan museums this year, from mid-July through late August. During this period, the museums adopted special extended hours in which they stayed open till 9pm, mainly on Fridays. Each facility also held various evening programs. Edo-Tokyo Museum welcomed author and creator Seiko Ito and horticulturalist Kei Hirano and held a talk session.

“Plants have a history that is far longer than that of humans, and they have the ability to regenerate.” The talk began with Ito’s comments about the attractive qualities of plants. The slide projector showed images from illustrated scrolls, picture book from the Edo period, and colorful illustrated encyclopedias.

The discussion moved onto the subject that Ms. Hirano has long been researching—the henka asagao (“changing morning glories”), which are mutant morning glories of various shapes. They were a big boom in the Edo period, and are still avidly cultivated.

Mr. Ito explained that he went to this museum’s special exhibition, Flowers in Bloom: The Culture of Gardening in Edo (Hana Hiraku, Edo no Engei), in the summer of 2013. Mutant morning glory seeds were being distributed, so he took some and planted and grew them.

Chrysanthemums were also popularly gardened in the Edo period. Those which go through various changes as they grow, such as petals twisting or bending, were called geikiku (meaning “trick mums”). The ukiyo-e artist Utagawa Kuniyoshi created a print entitled Hyakushu Tsugiwake-kiku, which depicts a chrysanthemum plant on which a hundred varieties have been grafted.

And the approximately one hour-long talk came to a close. The night fell in Ryōgoku, where the museum stands, as people pondered the joys of horticulture that have been passed down over more than a century to today.