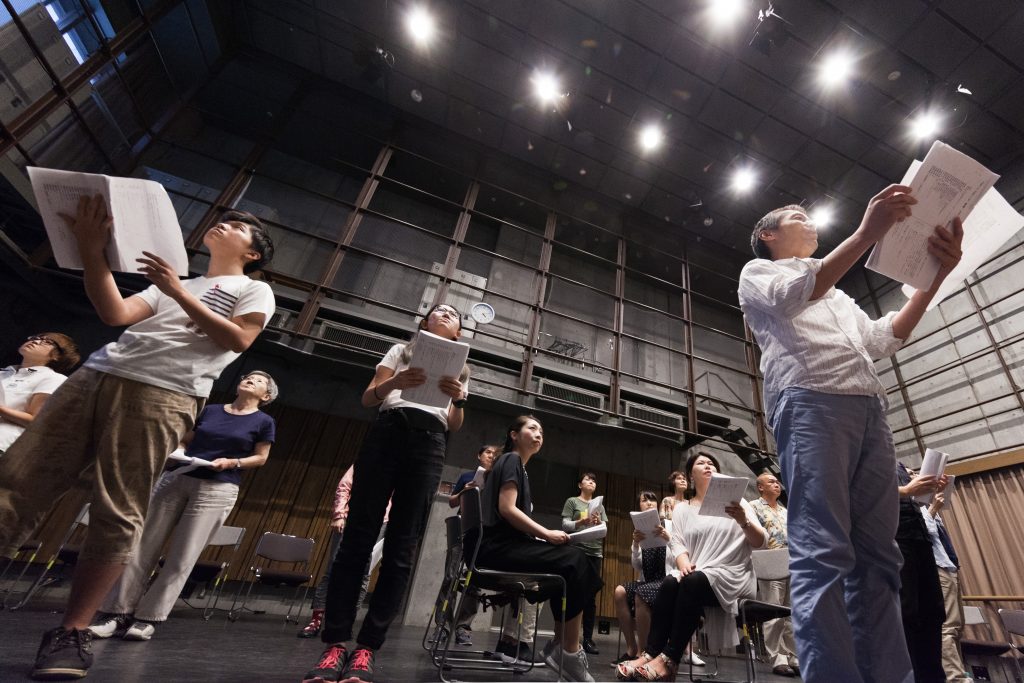 Twenty-three individuals, from middle schoolers to those in their 70s, participated in the workshop
イベント
Share

Workshop Revolving Around a Script

Setagaya Public Theatre is located in Setagaya City, which in November 2015 has carried out a measure to officially recognize partnership vows of same-sex couples.

We went to Setagaya Public Theatre to report on the three-day long “Workshop on the Script of Family, Familiar, Kazoku, Kazoku.” Participants, who were of different age groups and genders, read through the play, and completed a stage reading while exchanged opinions.

Family, Familiar, Kazoku, Kazoku is a play performed by “a gay theatre company,” Flying Stage. “Family” is the theme of the play, where there are gay and lesbian couples, their children, parents, and others who surround the issue of same-sex marriage.

The first half of the first day was spent on self-introduction by the participants who also shared their views on marriage and family, after which they took turns reading their lines. On the second day, the casting was announced. The casting decision was made based on the participants’ wishes.

The facilitator of the workshop was playwright and stage director Shinichi Sekine, who is also the manager of Flying Stage theater group.

He said, “As we read through the script, the participants were processing a lot of thoughts. Their thinking would waver, change, and find insights. My role was to draw out those insights from them.”

On the third day, they performed the play for the general public. The cast members read with script in hand while adding gestures. The 1.5-hour play gave the audience a chance to gain a wide range of insights as well.

One of the few troupes in Japan that has come out as “a gay theater company.” Since its launch in 1992, the company has invariably continued to create homosexuality-themed plays.