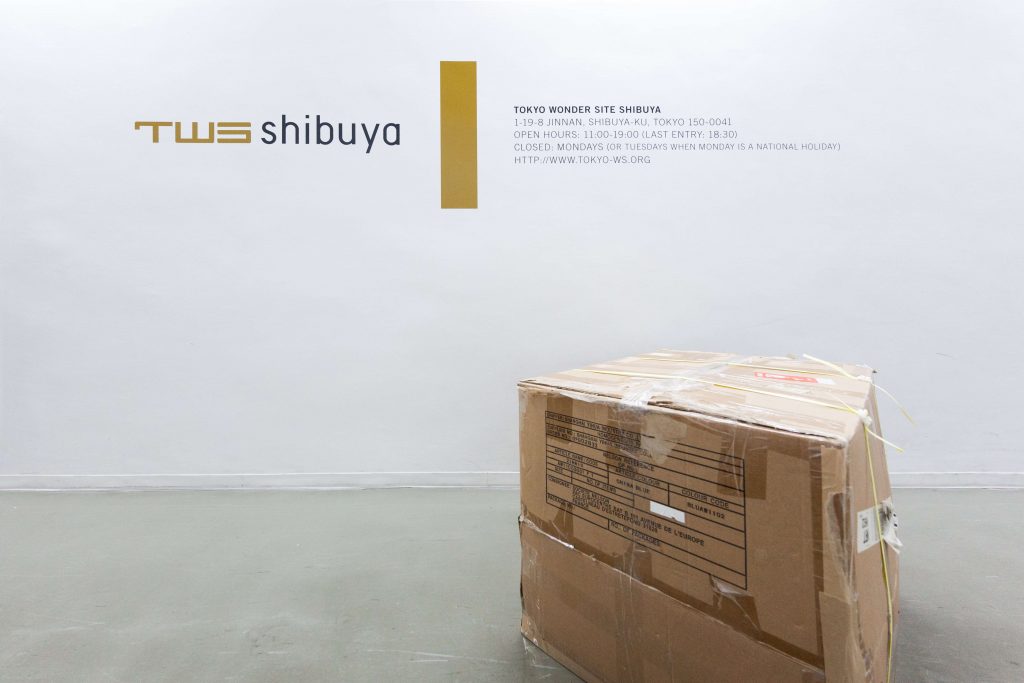 Tokyo Wonder Site Shibuya had been promoting the latest new things in art culture in Shibuya for 12 or so years. In September 2017, it closed its doors in order to transform into Tokyo Shibuya Koen-dori Gallery. The closing event was held on September 17th, the last day of an exhibition, and was attended by many visitors.

Performances of the closing night leaves an afterglow for the future

Tokyo Wonder Site Shibuya (hereafter TWS Shibuya) opened in 2005, and over the following 12 years, held over 200 exhibitions and events while discovering new talents and generating many experimental creations.

The closing event was attended by around 130 individuals, including artists and regular customers, who had close ties to the gallery. Performance pieces were put on by three groups of artists.

Nao Nishihara presented a performance of sounds and music. He began on stage by discussing an installation piece he had created entitled Oto no Seikatsu (“everyday life of sounds”), and played musical instruments from around the world.

Han Ishu did a performance piece, Hanshutsu (“load out”), in which he “packaged” himself and loaded himself out. A cardboard box containing the artist spent about an hour making its way toward the exit, allowing the viewers to observe the act of “loading out,” the final step in the work that is carried out when holding an exhibition.

Activities held in Shibuya in the past will go on to connect and lead to other activities and artwork. The closing night seemed to be suggestive of such a future. Look forward to seeing new work produced by up-and-coming creators and artists at two sites—Tokyo Arts and Space (TOKAS) Hongo, and TOKAS Residency.

Tokyo Wonder Site changed its name on October 1 to Tokyo Arts and Space (TOKAS) and embarked on a new path. The facility that formerly housed Tokyo Wonder Site has reopened its doors as Tokyo Shibuya Koen-dori Gallery, operated by Museum of Contemporary Art, Tokyo. This new gallery will hold exhibits, provide a space for interactions, and share various information, focusing on Art Brut and other types of art.