Special Look Behind the Scenes 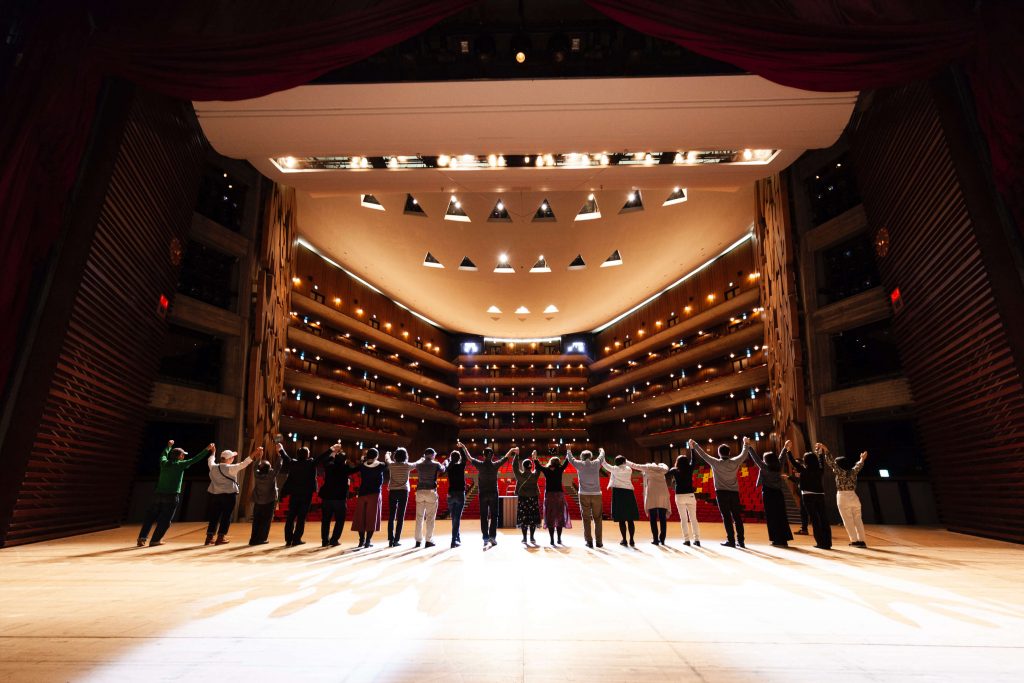 The participants stood on the stage, a thrill usually off-limits to the general public, and the crew launched into explanations of the stage equipment and lighting. For operas and ballet performances, curtains are used to set the stage for each scene. The battens used to support loads like these curtains and large props can each hold 900 kg and are operated by computer.

We then moved onto the wings, where the walls are covered with thousands of signatures of artists who have performed at Tokyo Bunka Kaikan.

We also got to go into the orchestra pit where, hidden from the audience, the musicians play. Performers and crew can check the conductor's movements on monitors set up on the left and right wings.

The tour lets visitors operate the spotlights in the fifth-floor booths. These lights are massive and heavy, requiring both hands to move with the action below.

Thrill of the Performer

We even got to experience a curtain call firsthand as we stood on the stage. Joining hands in a line behind the curtains, they were raised and we were bathed in light and applause. This must be the excitement an actual performer feels bowing before an audience.

After the curtain call was over, the sound reflecting panel stored under the stage in the naraku area was raised. Hidden during opera and ballet performances, the board is used onstage during concerts and other musical performances.

This ended our hour-and-a-half backstage tour meeting performers and discovering how the staff make these events a success behind the scenes.

One woman, a lover of ballet, was participating in the backstage tour for the first time. Asked for her impression, she enthused, “I've been to all kinds of concert halls, even outside Japan, but this tour was especially fun. Being in a curtain call was the best!”

The Tokyo Bunka Kaikan Backstage Tour is held at irregular intervals throughout the year. Check the hall's official website to see when the next one is!