Special exhibition at the Museum of Life in the Showa Era: “The Home of Suzu of the film In This Corner of the World” 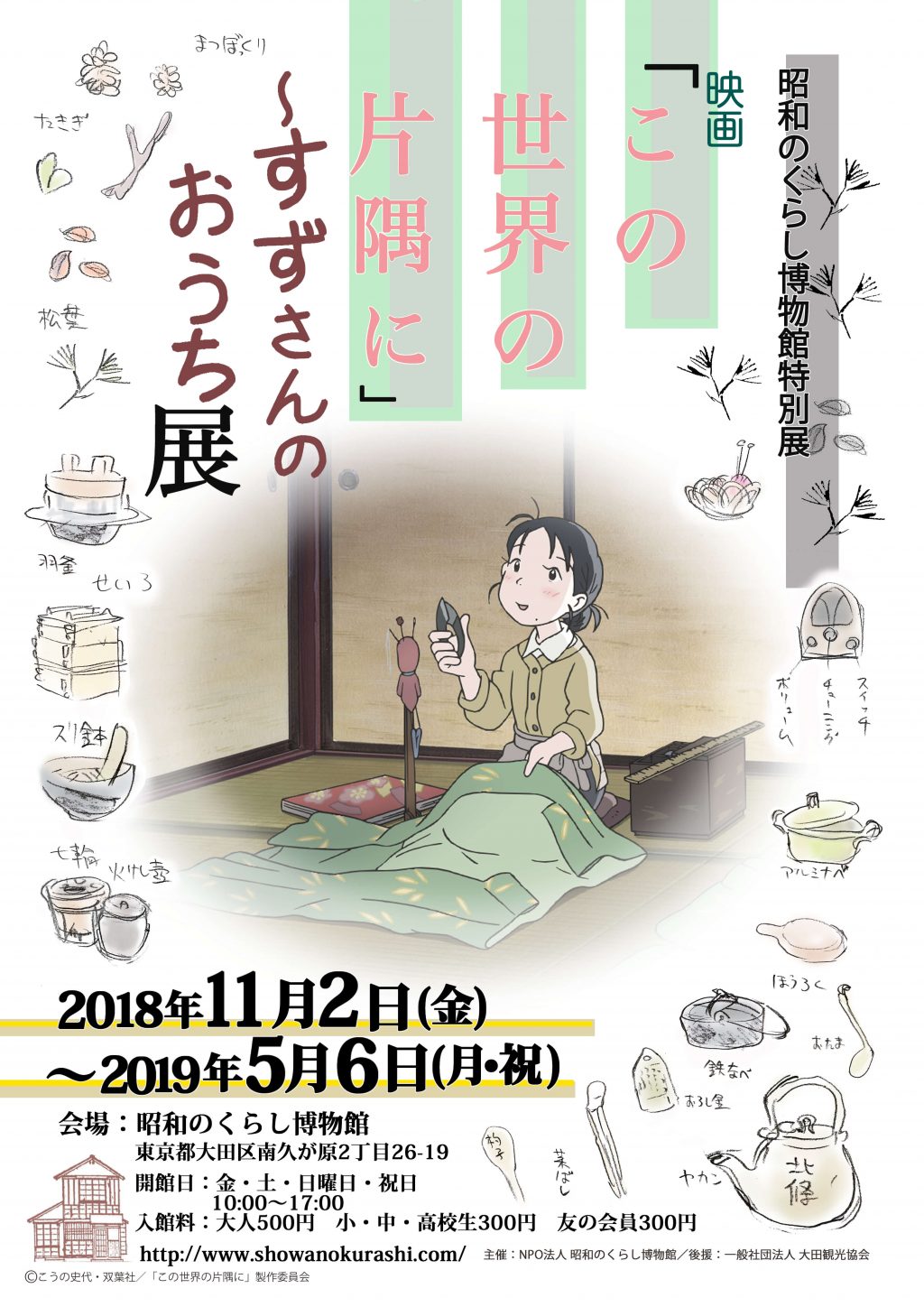 An exhibition inspired by the 2016 nationwide long-run hit animation film “In This Corner of the World” is held at the Museum of Life in the Showa Era from November 2, 2018 through May 6, 2019. A talk event with the participation of the director of the museum Kazuko Koizumi, and the film’s director Sunao Katabuchi and assistant director Chie Uratani, was also held at the Ota City Citizen Plaza on December 24, 2018.

The Museum of Life in the Showa Era preserves and showcases a house and its furnishing used from 1951 through 1996, and introduces the lifestyle of ordinary people of that period.

The special exhibition “The Home of Suzu of the film In This Corner of the World” was inspired by the fact that the museum was used as reference for creating the houses featured in the animation. During the period of the exhibition, the museum recreates the lifestyle and atmosphere of the Urano residence, the home of the protagonist Suzu, and of the Hojo residence, where she lived after getting married.

Dishes and utensils featured in the film are reproduced in the living room and the kitchen, while the tatami-mat parlor showcases a sewing set and household items used during World War II, as well as costumes of the characters in the film.

Animation reproductions and character references are also displayed at the exhibition space on the second floor.

Response provoked by the exhibition

According to the curator Ms. Kozue Kobayashi, “the exhibition attracts visitors who travel from far and wide, as well as frequent visitors who come more than ten times.” Nearly 200 people attended the talk event held on December 24, 2018. At the event, the director of the museum Ms. Koizumi praised the film, saying that the background research for its creation was meticulous and thorough.

In 2019, the organizers plan to unveil a special version of the exhibition with newly-added scenes called “In (a Few More) Corners of This World.” This is expected to further boost the popularity of the Museum of Life in the Showa Era.