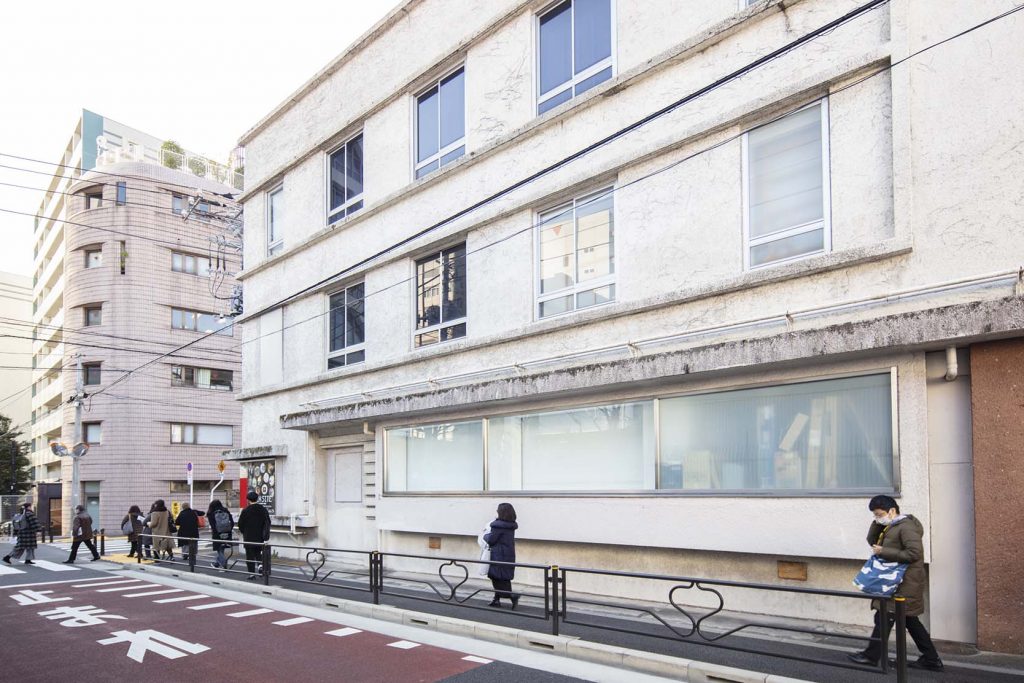 Tokyo Arts and Space Hongo (TOKAS Hongo) presented a lecture and tour entitled "Learning and Experience: History of Hongo Through Architectural Tour " on February 8, 2020. Participants selected by lottery learned about the history of Hongo as they walked the neighborhood’s streets and toured the local architecture, guided by WADA Nahoko, architect and founding member of Access Point: Architecture - Tokyo, which plans and conducts architecture tours in Tokyo.

TOKAS is an art center based in Tokyo that supports wide-ranging activities and cross-disciplinary and experimental approaches, and creates and communicates the ideas of the times. The group presents its work at TOKAS Hongo, a historic building constructed in 1928. It was a survey done by TOKAS to create a map of the building that inspired this tour. Designed to educate about buildings in the Bunkyo-ku (home to TOKAS Hongo) area, the group presents the tour as one of their OPEN SITE educational projects.

The tour begins with a lecture by WADA, who explains that the reconstruction plan that followed the Great Kanto Earthquake of 1923 is key to the architecture in Hongo today. In addition to encouraging construction with reinforced concrete, a noncombustible and earthquake-resistant material, the plan also focused on the revitalization of civic life and public facilities and incorporated a number of Western-style designs. In the Hongo area, a succession of buildings, including the Hongo Employment Agency/Women and Young Adult/ Employment Agency (the TOKAS Hongo building today) constructed, went up one after another in the late 1920s and early 1930s.

Inherited History and Architecture in Hongo

After exploring the TOKAS Hongo building, constructed more than 90 years ago, it is time to start the tour. Our first stop is the former Motomachi Elementary School building and the Motomachi Park developed adjacent to it. Incorporating Western design, this was cutting-edge architecture in 1930. Ms. WADA explains that, looking at the cascades and decorative crosses in Motomachi Park, “You get a sense of just how strong the hope for recovery was among (then) Tokyo City officials.”

The first United Church of Christ in Japan mission to open in Japan, Yumicho Hongo Church was built in 1886 at the top of the Kanda Myojin slope and rebuilt in 1926 after it was destroyed by fire in the Great Kanto Earthquake. The current building is made of reinforced concrete blocks called Chin blocks, which were developed by NAKAMURA Mamoru, an architect and member of the church.

Our final destination is the Echisou Building with its impressive white exterior done in art deco style. NOMOTO Akira, an architect who has lived in the building for some ten years, shows us around. Built in reinforced concrete, it is another example of post-earthquake reconstruction architecture.

The tour made it clear that many of the buildings that remain today were constructed to help the area recover from the Great Kanto Earthquake. I realized that it is not only the buildings, but the entire neighborhood that was shaped by this history.