Recreating a Legendary Apartment from Memories 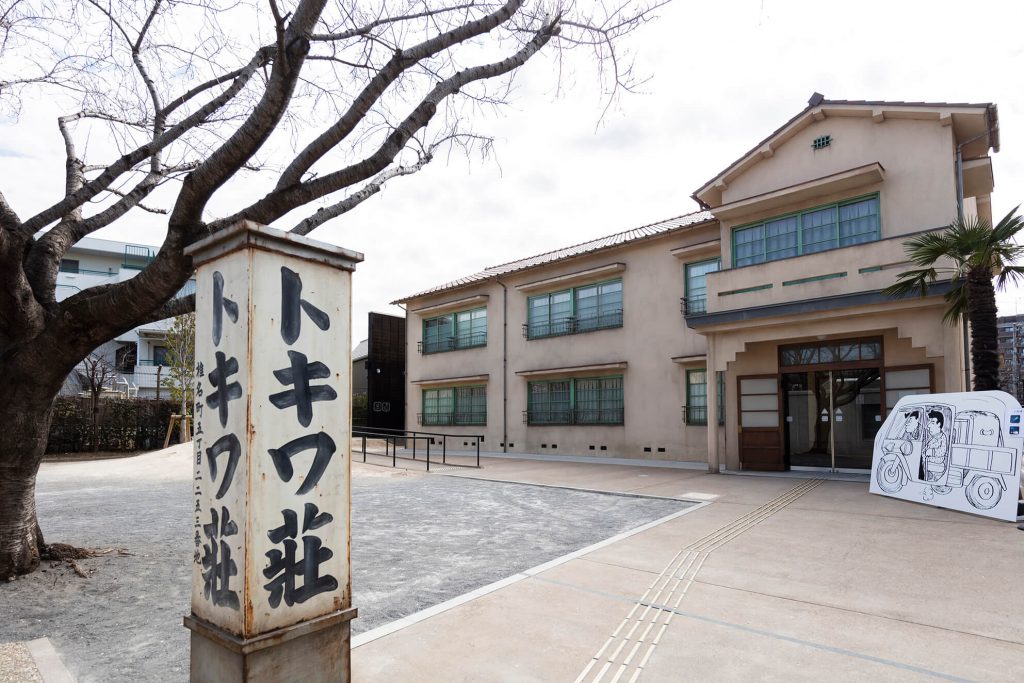 The legendary Tokiwaso apartment building was once home to illustrious manga artists the likes of Osamu Tezuka, Fujio A. Fujiko, and Fujio F. Fujiko. Demolished in 1982, the building embarked on a new start as the Toshima City Tokiwaso Manga Museum in July 2020. We visit the museum to experience the ingenious displays and learn how the building came to be recreated.

Built in 1952, just after the war, the Tokiwaso apartment building attracted a number of up-and-coming manga artists of the time.

A reproduction of this legendary building, the Toshima City Tokiwaso Manga Museum brings the culture of the time to life.

The most impressive aspect of the museum is just how masterfully the Tokiwaso is reproduced. Rusted metal, walls faded over time, and other details faithfully reproduce the ambience of a bygone age.

These elements were all designed and produced by the curators and architecture and art teams based on records and interviews of residents at the time.

“For example, there is the story of George Yamauchi wearing his school uniform when he moved to Tokyo, so an uniform hangs on the wall of his room to get as close as possible to the feel of the era,” says Kanako Kitayama, the museum’s spokesperson.

It is this meticulous attention to detail that brings to life the warmth and presence of the people who lived in Tokiwaso.

Walking Tokiwaso-dori, just outside the museum, visitors can trace the steps of the manga artists who called the neighborhood home.

After Tokiwaso was demolished, local volunteers urged Toshima City officials to commemorate the building. A monument was erected, and a council of local residents and government officials was established. Similar activities over the years led to the founding of the museum.

The Toshima City Tokiwaso Manga Museum serves as a time capsule of the neighborhood during this period, evoking a mysterious nostalgia in visitors. This is a new type of museum that is embraced and loved by the community.