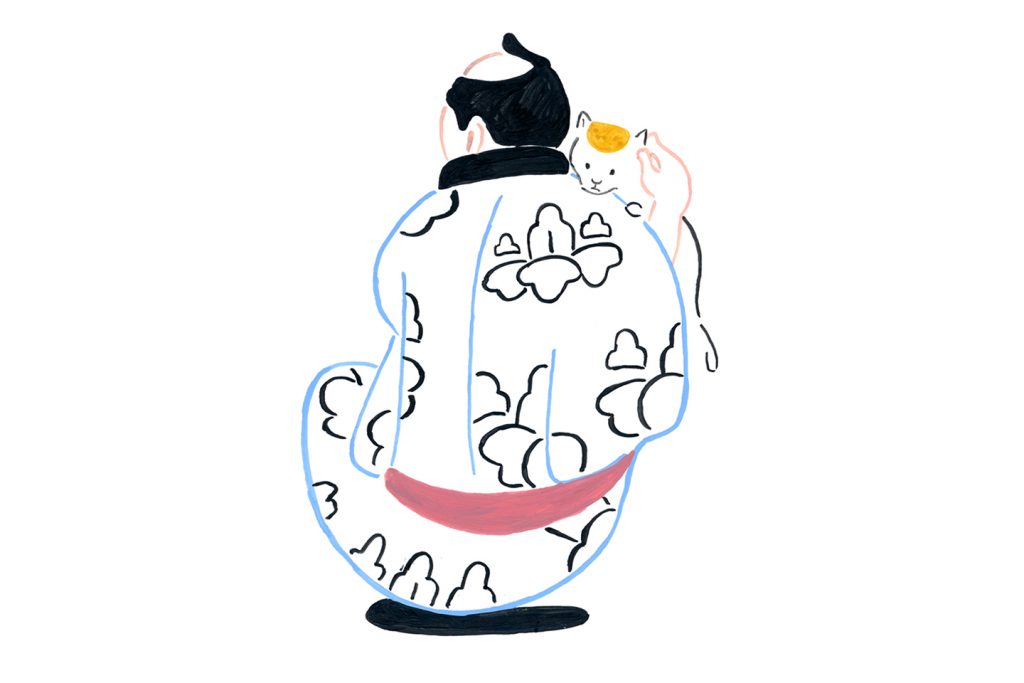 The year 2021 marks the 160th anniversary of the death of Kuniyoshi Utagawa, an ukiyo-e artist who was active in the late Edo period (around 1853 –1868). In his day, he was very popular as the leading creator of musha-e (warrior pictures) depicting brave and powerful men. This installment traces his journey from his period of obscurity when recognition was hard to come by, to his arrival as an artist who amazed the people of Edo.

Born the son of a dyer in Nihonbashi Honshirogane-cho, Kuniyoshi Utagawa was admitted as a pupil of the popular ukiyo-e artist Toyokuni Utagawa in his early teens. He made his debut as an ukiyo-e artist in his late teens, but spent a long period working in obscurity. In his early thirties, however, he made his big breakthrough with the Tsuzoku Suikoden Goketsu Hyakuhachinin no Hitori (“One Hundred and Eight Heroes from Tales of the Water Margin”) series. In addition to the musha-e he produced throughout his life, his famous caricatures of cute anthropomorphic animals also exerted a significant influence on later ukiyo-e artists.

Kuniyoshi was born the son of a dyer, and his childhood name was Yoshisaburo. He loved to paint from an early age, and in 1808, when he was twelve years old, his painting of Shoki, the Demon Queller caught the eye of the popular painter Toyokuni Utagawa. Toyokuni created  depictions of actors (yakusha-e) and beautiful women (bijin-ga), and headed the Utagawa School, which had many disciples. With Toyokuni’s recognition, Kuniyoshi later entered the Utagawa School. Although he received the name Kuniyoshi within a few years, he toiled in obscurity for many years. During this period, Kuniyoshi became an admirer of elder Utagawa pupil Kuninao and became a guest in his house. However, his musha-e were occasionally well received, and he stored up the energy that would fuel his future successes.

After having a difficult time gaining public recognition, Kuniyoshi had finally hit it big with his Tsuzoku Suikoden Goketsu Hyakuhachinin no Hitori (“One Hundred and Eight Heroes from Tales of the Water Margin”) series, which was published in 1827. Suikoden (Water Margin) was a Chinese biographical novel that was translated in Edo and became popular to such a degree that adaptations were also published. In the midst of all this, Kuniyoshi’s work was well received for its powerful portrayal of the great heroes, which seemed to jump off the canvas. The beautiful tattoos on the bodies of the heroes are another feature of this work, and actually led to the popularity of tattoos among the people of Edo. More than 70 prints from this series are known to exist.

Ukiyo-e is an artistic genre that depicts ukiyo, or popular culture of the time, and Kuniyoshi was an artist who depicted the latest current events quite energetically. The subjects of his paintings included popular events held in Ryogoku and Asakusa, trendy kabuki performances by well-known actors, openings of temples and shrines, and many unusual incidents that occurred in Edo. Although Kuniyoshi developed palsy from a stroke after the Great Ansei Earthquake (1855), and could no longer create as he had before, he continued to produce musha-e and other output that constituted his lifework, as well as works that documented contemporary Edo until just before his death.