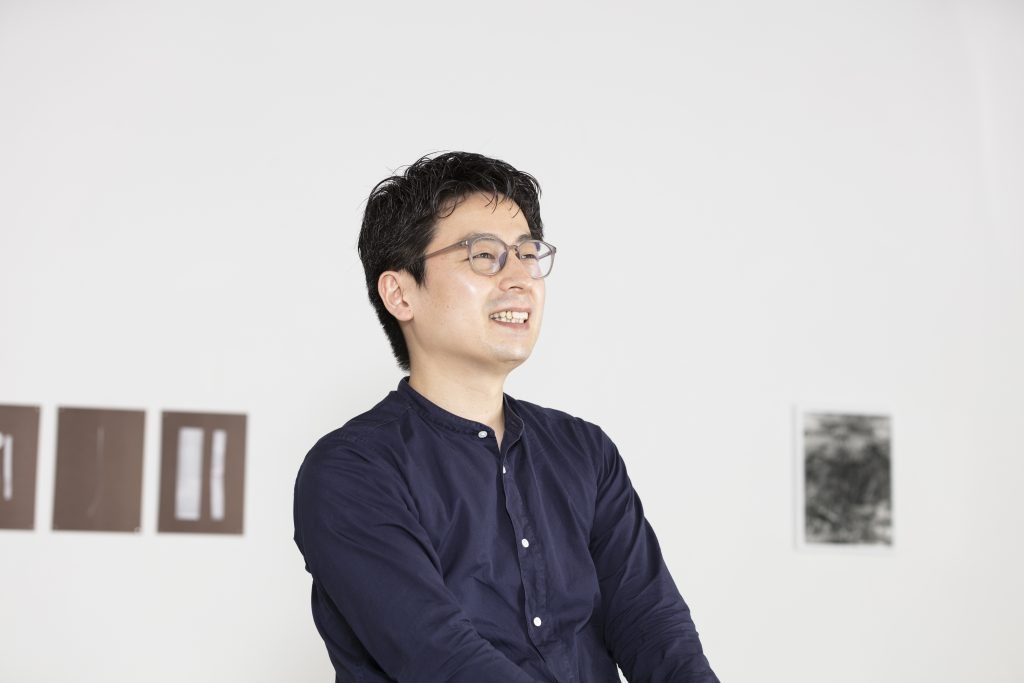 A new series of articles featuring the voices of gallerists. This column introduces the features of each gallery, how to meet artists, what to look for in their works, and trends in the art market.
The gallerists featured in this series are directors of galleries established in the past few years in Tokyo and belong to the Contemporary Art Dealers Association of Nippon (CADAN). The first is Tsuyoshi Ueda of TALION GALLERY. The word “talion” in the gallery’s name expresses Ueda’s desire to find a principle that will generate new connections among people, authorities, and languages consisting art scene. It is marked by its style of presenting exhibition concepts from a highly critical perspective and curating works of multiple artists.
What is the gallerists’ perspective on the forefront of Tokyo art scene? This series is also a must-read for aspiring gallerists.

Relocating to Mejiro: Thoughts on a 10th anniversary turning point

This series of articles will be introducing galleries and art spaces that you should definitely visit now. The first is TALION GALLERY, located between Mejiro and Zoshigaya stations. It opened in Yanaka in 2011 and moved to Mejiro in 2014 when the building was demolished. Why did he choose this area? Tsuyoshi Ueda the gallery director explains:

Ueda: I didn’t mean to pick the area, it just happened. There are a limited number of properties in central Tokyo that meet the requirements of having a useful size of space, high ceilings, secured carry-in routes, not too far from a train station, and low rent. I visited various real estate agencies and decided on this one from among several candidates. The area of Mejiro and Zoshigaya has a similar atmosphere to Yanaka. For example, there are old and established shopping streets and old temples.

TALION GALLERY holds about eight exhibitions a year. All are originally produced by the gallery. Last year, it had to practice self-restraint due to COVID-19 pandemic but managed to hold six exhibitions. The gallery’s features include group exhibitions with distinctive concepts and subjects and two or three artists’ exhibitions.
In selecting the artists, the gallery places importance on “the artist’s awareness of the methods of expression and media they are working with, or how they handle areas beyond their consciousness.”

Ueda: Of course, we have solo exhibitions. But most are two- or three-artist exhibitions because we want the audience to see works. In a solo exhibition, viewers seem to be looking at the work, but in fact they are looking at the artist. I want people to see the work itself, and that is why we organize two- and three-artist exhibitions. But then again, artists usually want to have solo exhibitions.
Another feature of our gallery is that, compared to others, we have exhibitions in which artists not contracted with us participate. In addition, very few artists participate only once. But once they become involved, they often develop in various ways afterward. There are many things we discover through our exhibitions.

One of the characteristics of this gallery is that it takes time to get to know artists and creators. After graduating from university, Mr. Ueda went to hiromi yoshii, a contemporary art gallery, where he worked for a couple of years before going independent at age 29. There are many jobs involved in art, but why did he choose to become a gallerist?

Ueda: I worked at a gallery with the intention of eventually becoming independent. Since the work was not very segmented, I was able to work on a variety of things. As a gallerist, one curates exhibitions, publishes books, and has to do criticism. And of course, dealing. I became a gallerist because I am a flexible, do-it-all kind of person.

TALION GALLERY is also keen on publishing and has come out with art books and collections of works. There are many books with very elaborate bindings, such as Eri Takayanagi and New Horizon by Hiroyuki Nisougi and Masanao Hirayama.
For art lovers, galleries are places to see artworks, but for artists and future or prospective artists, they are also places to sell them. So, does Mr. Ueda accept sales proposals?

Ueda: Whenever I receive a portfolio, I look at it. If I receive an introduction from an acquaintance or friend, I may meet them in person. When I look at a portfolio, I don’t think about whether it will sell or not at the initial stage. I tend to focus on the artist’s awareness of methods of expression and the media they are working with, or how they handle areas beyond their consciousness.

One last question. On the occasion of the 10th anniversary, does he have a vision for the next decade? Mr. Ueda gave an animated response.

Mr. Ueda and TALION GALLERY have the will to take action before words.