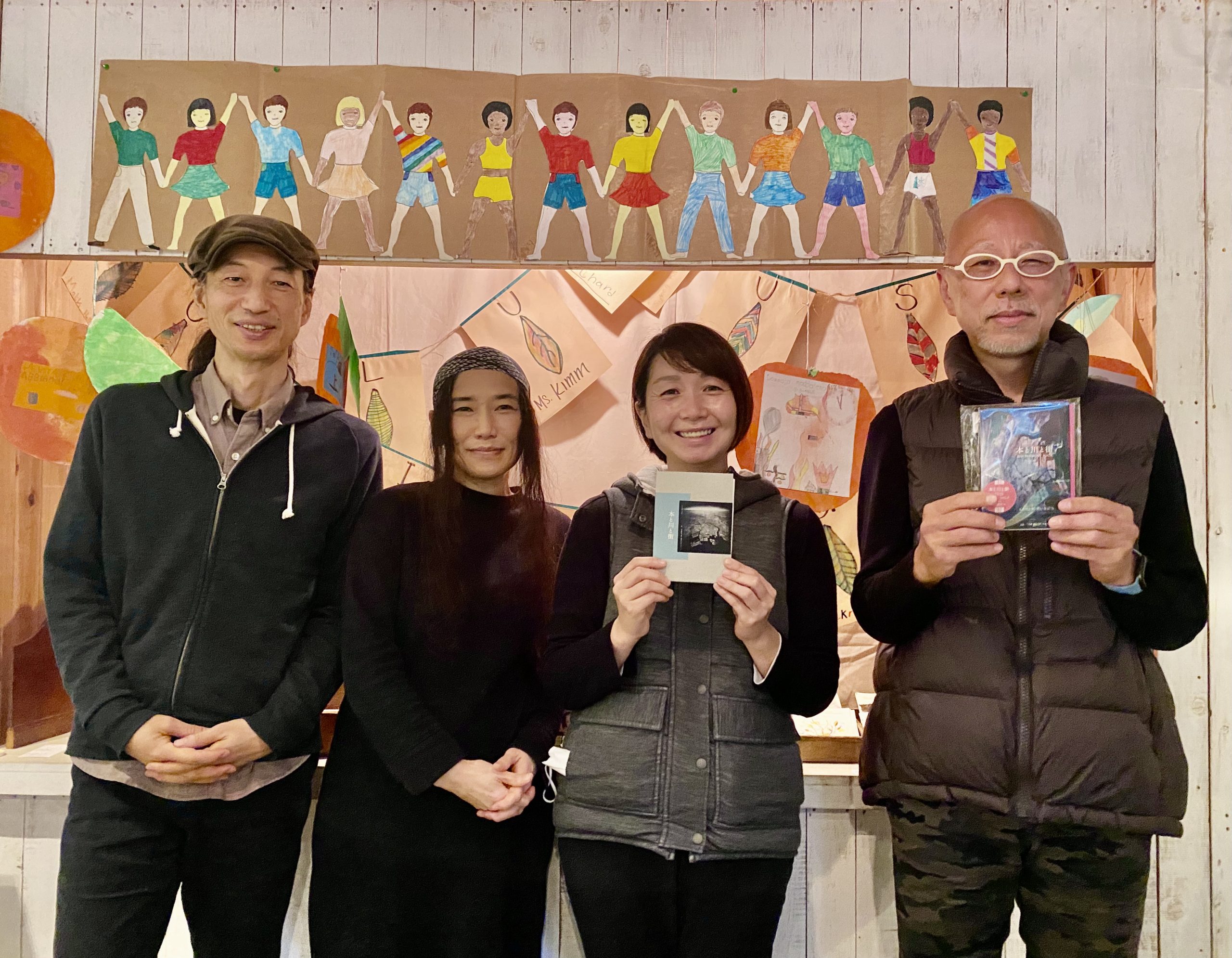 The “Next Tokyo Discovering Team!” series gives insight on the little-known history and culture of various parts of Tokyo, and introduces the deepest ways of enjoying the city as it continues to evolve creatively. In this installment, we present events unfolding in the Honjo Fukagawa area, located on the east side of the Sumida River.

The area is dotted with popular restaurants, art museums and galleries. It is also a crossroads of old and new cultures that retains a downtown atmosphere, where an art project called Books, Rivers, and Towns has been held since 2020. As we toured the programs scattered around the river town with “books” as a guide, what emerged was the memory of a land that has long been layered since the Edo Period. We interviewed four local residents about how the project was launched.

Art project to unearth a memory of the town

“Books, rivers, and towns are like memory devices that contain various histories, cultures, and thoughts of people.” As stated in the concept statement on the official website, “Books, Rivers, and Towns,” themed on “memory,” this is an art project that takes visitors on a tour of the river town with a book in hand. In 2021, the event was held from October 30 to November 28, with programs scattered over an area of about 5 km from Honjo-azumabashi Station in the north to Monzen-nakacho Station in the south. Twenty-eight programs were held with a variety of themes and fields, including cruises with rakugo and music on board, observation tours to trace the waterways of the past, an exhibition of works based on local ghost stories, and a photo exhibition of factories in downtown Tokyo.

Each visitor uses a “book” as a passport to guide them in the “town,” through which the “river” once carried goods and people. The book contains a map that describes not only spots where the program is being held, but also historical remains, museums, and other important places related to the memory of the community. This allows visitors to enjoy walking around the town and experiencing programs with regional and historical themes, thereby naturally coming into contact with the “memories” of the town.

The event is organized by the Books, Rivers, and Towns Executive Committee. This is a voluntary organization run chiefly by four members, Masayoshi Iwata, as the chairperson, and board members of Fumiko Ikeda, Hisakazu Goto, and Kaoru Ito. It started with the TOKYO ART BOOK FAIR (TABF), which has been held at the Museum of Contemporary Art Tokyo since 2019. In 2020, the museum, which until then had been developing art projects in the Kiyosumi Shirakawa area, asked Ms. Ito, who had previously helped the museum’s projects, if it could hold an event in the area in collaboration with TABF. Ms. Ito approached Mr. Iwata, who had been holding local events such as a marché at the Sumidagawa Terrace, and Ms. Ikeda and Mr. Goto of the gift_ design unit, which has their studio with a store and gallery in Kiyosumi Shirakawa.

While working as a web designer, Mr. Iwata also led a volunteer team and worked in the community.
“I was thinking about doing an art project when Ms. Ito approached me. This area has prospered from water transportation since the Edo Period. The waterfront was an important resource for people living here. They overcame the two major challenges of the Great Kanto Earthquake and the Tokyo Air Raid to make it what it is today. I wanted to dig up this history. I started by writing a kind of concept statement on the theme of “memory.” “Books,” “rivers, and “towns” were among the key words in the text. These naturally became the title of the project through discussions among the four members.

“Kaidan-KWAIDAN-” by Masanori Okamura (bottom right) was held at “KAIKA Tokyo by THE SHARE HOTELS" (top left/top right). The exhibition focuses on ghost stories passed down in the area. Mr. Okamura runs a graphic design and writing business in Fukagawa.

Tour to Honjo Fukagawa, which overcame war and an earthquake

Despite the short preparation period of two months for the 2020 event, members called on their respective acquaintances and 12 groups participated. The event attracted a diverse group of participants with local ties, including those who are artists by profession, those who engage in creative activities apart from their main jobs, and those who were participating in an art event for the first time. For the second edition in 2021, a series of online information sessions began in early spring, and the number of participants grew to 30 groups.

Honjo Fukagawa area is where the canal was demarcated along with reclamation, and reclamation by drainage during land development in the Edo Period. The once marshland become a residential area. Also, two major disasters cannot be ignored.

“RUN to Survive” is a project based on war experiences. Fukagawa native Atsuko Uehara, who was an elementary school student during the 1945 Tokyo Air Raid, ran along a route to escape amid a sea of fire at the event. She also gave a talk there. Ms. Ito, who is also a member of the event’s organizer, Team TreckTreck, said, “When looking back on the past, it is important to listen to stories about disasters, but I wanted to tell the story of how people lived before, how they overcame the disaster, and how they survived, including their lives before and after the disaster.”

The theme of “memory” is not limited to this region. Ikeda and Goto’s studio, gift_lab, focuses on the memory of Nagasaki and introduces the “Revive Time: Kaki Tree Project,” which has been ongoing since 1996. Workshops and talk events were held. In this project, contemporary artist Tatsuo Miyajima conveys “the foolishness of war, meaning of peace, and importance of life” through planting and nurturing second-generation persimmon (kaki) trees that were exposed to the atomic bomb in Nagasaki.

“I hope to share the memories of the atomic bombing and the earthquake disaster in a different way by daring to bring the memories of distant areas here, rather than treating them as fires on the other side of the river. I was impressed by the comment from a Hiroshima native who has lived in Kiyosumi-Shirakawa for more than 10 years that, after seeing this exhibition, the person had no idea how to convey the gruesome history of their hometown, Hiroshima, but that there was a softer way of conveying it like this,” said Ms. Ikeda.

Mr. Goto added, “We ourselves are not native to this area, but I think there are good aspects that we can objectify because we are strangers. And ‘Books, Rivers, and Towns’ is not so much about doing something new as it is about helping to bring out what is already there. I think it is important to see what will come out of the continuation of these efforts.”

We have just started “Books, Rivers, and Towns.” Currently, it operates through crowdfunding and the sale of passport books. Mr. Iwata shares his vision for the future.

“We would get a lot of ideas for the things we wanted to do. But for some projects, I wondered if it would be all right to do such interesting things in a flash. So, I think we need to set aside a bit more time for research and create a way of digging deeper for insight.”

Honjo Fukagawa is an area where the Fukagawa Hachiman Festival, one of the three great festivals in Edo (Tokyo) festivals, and other festivals flourish. This is probably due to the nature of the area. A culture for doing independent events without compensation has taken root in the area. The residents have a strong sense of community, which is probably why these art projects are accepted so readily. Art projects allow one person to be involved in multiple roles, such as living, working, planning, managing, and enjoying. While drawing out the town’s creativity, they connect memories to the future.