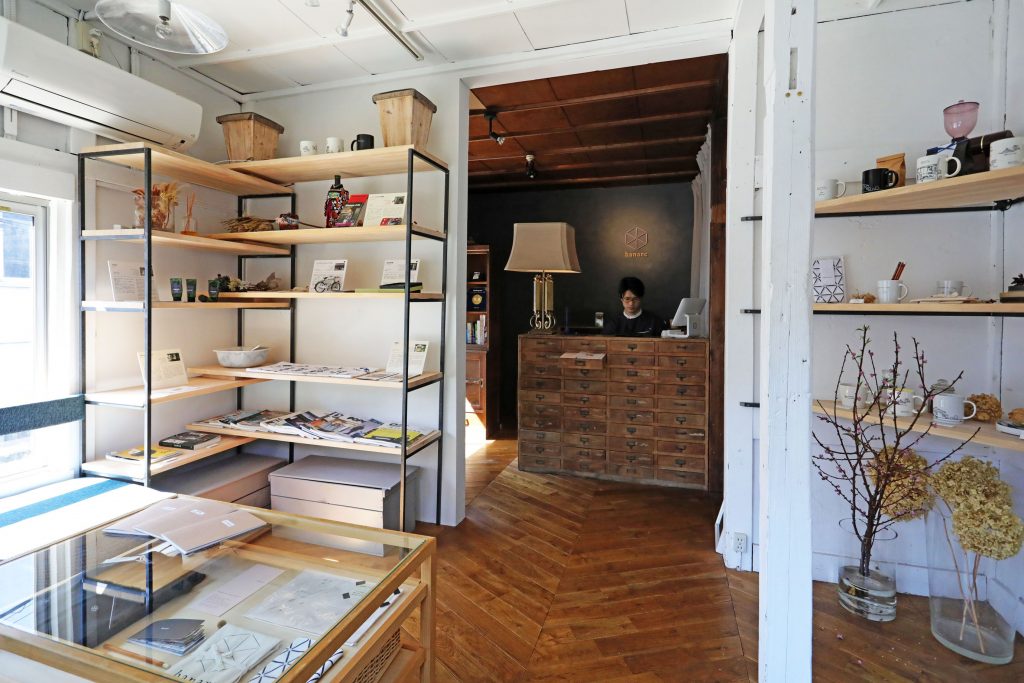 Yanaka. This Tokyo neighborhood brings in the new, while restoring and updating the traditional. It is here that HAGISO, a cultural complex with a café and gallery on the first floor and a salon space on the second floor, opened in 2011. We spoke with HAGI STUDIO’s Mitsuyoshi Miyazaki, who designed and operates HAGISO, about the appeal of working in this area.

1950s Wooden Apartment Building to be Razed for Parking Lot

Located just off Yanaka Ginza, a shopping street that retains the historical feel of old downtown Tokyo, HAGISO is housed in an old wooden apartment building of the same name. Miyazaki lived here from 2004, when he was a student in the Department of Architecture at Tokyo University of the Arts, through his post-graduate studies and even after finding a job.
He was working on overseas properties at a major architectural firm when the Great East Japan Earthquake struck in March 2011. Feeling helpless at not being able to protect his community, he quit his job that same month. It was at that point that he began to hear talk of tearing the apartment building down.
Along with others who also felt that losing the building would mean a loss of history, Miyazaki brought artists and architects together for an event called Hagiennale, turning the building itself into a work of art. They came up with a renovation plan, persuaded the landlord, and HAGISO was born.

Machiyado, the whole town can be your hotel

Miyazaki continued with similar projects, renovating and managing properties such as the hotel hanare, the neighborhood classroom KLASS, and the delicatessen shop TAYORI. Of these, hanare has attracted special attention as a new mode of accommodation and tourism.
After checking in at HAGISO, hanare guests stay in rooms in a building some 200 meters away. Bathing is available at any of the neighborhood’s four public baths and breakfast can be enjoyed at the HAGISO café. The concierge is on call to introduce nearby shops, whether for souvenirs, dinner, or cultural experiences.
Miyazaki calls this type of accommodation machiyado. He also chairs the Japan MACHIYADO Association, which has accommodation facilities across Japan as members.
Giving visitors the chance to experience everyday life in the Yanaka community, machiyado offers a new mode of travel and, at the same time, is revitalizing neighborhood shops and restaurants.