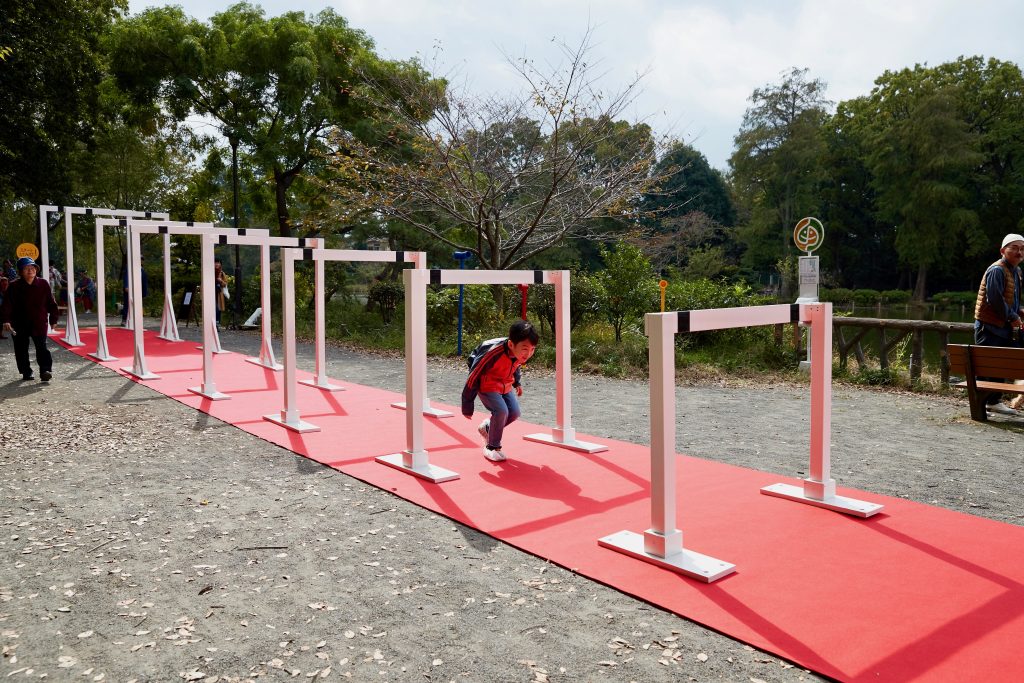 Outdoor x Art x City: Trolls in the Park is held in Nishi-Ogikubo, a Tokyo neighborhood that is home to numerous small shops and lush, natural parks. The event features an array of artwork and performances by both Japanese and overseas artists in the streets between Zenpukuji Park and Nishi-Ogikubo Station. Held November 3 (Sunday, national holiday) to 23 (Saturday, national holiday), the work of 55 art groups were focused on the 2019 theme, “whispers.”

Hurdle and Gate Matrix by Alice Sakura and friends, installed in Zenpukuji Park

The international outdoor art exhibition Trolls in the Park began in 2002. This year, the number of works displayed in Zenpukuji Park and nearby city streets topped 60. Initially, held only in the park, the art has since spilled into the streets, inviting visitors to stroll the residential area between the train station and the park, which offers a great opportunity to glimpse everyday life in Nishi-Ogikubo. The annual event is currently managed by ten local volunteers.
Featuring human-like figures displayed on the streets of the city, MOMOSHI’s Adventurous Trolls is the creation of Suginami Municipal Momoi 4th Elementary School students. Begun in 2014, the number of works in this piece has continued to rise ever since, with some 700 works exhibited this year. The school has long involved their students in art, both in the creation and appreciation of works of art.

Imagine Nishiogi Project Vol. 2 by the art group Imagine Nishiogi Executive Committee originated with a city plan to expand the roads in Nishi-Ogikubo. While some residents are opposed to the plan, disaster prevention is also a serious concern in this densely populated area with its many wooden structures.
“Rather than simply opposing development, we decided to ask people in the community for alternative ideas,” says Kei Okuaki, member of the Imagine Nishiogi Executive Committee.
Submitted ideas were posted on the window of a real estate agency on the local shopping street, and people were invited to note their impressions and questions on the city’s plans inside the office, as well. The artists plan to ask the Suginami City Office section responsible for Nishi-Ogikubo road expansion for answers to these questions.
During the event, Zenpukuji Park and the rest of Nishi-Ogikubo was bustling with activity, captivating visitors with the sense of being lost in a strange and wonderful town.