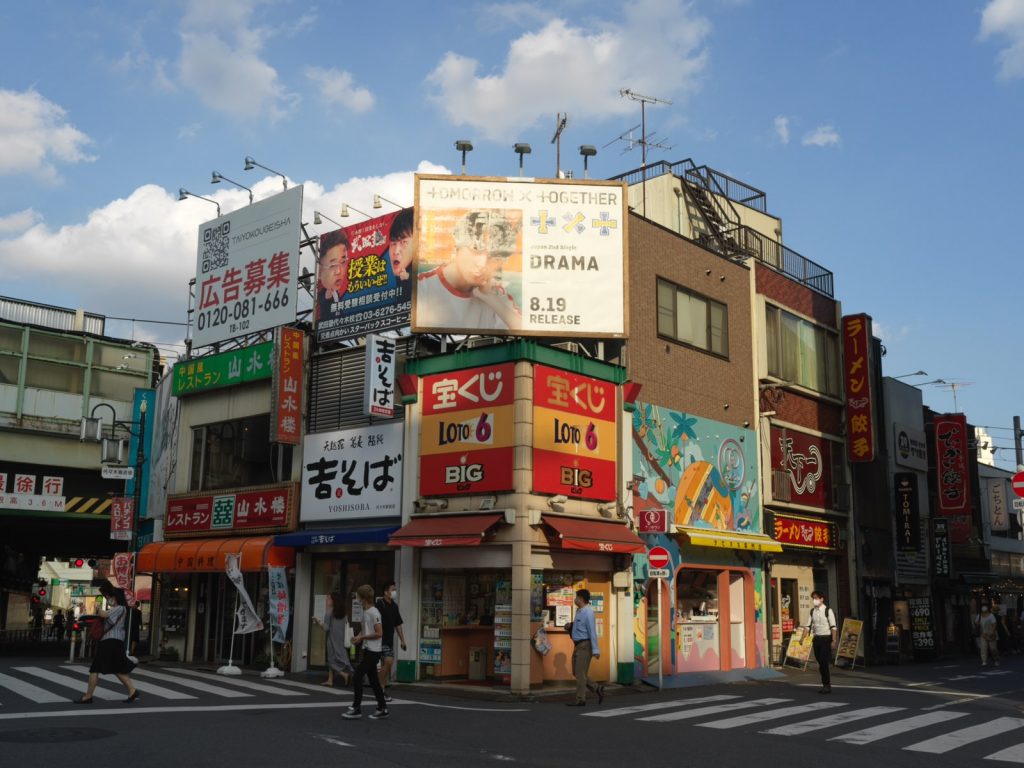 The iconic Tokyo district of Yoyogi, which, according to some sources, derives its name from the giant fir tree that for generations has stood guard near the East Gate of the Meiji Shrine Imperial Garden, remains a destination for many prep school students even today. After failing the entrance exams for all universities to which he applied in his third year of high school, Naoki Ishikawa followed the advice of canoeist and writer Tomosuke Noda that “it is better to go to university,” and enrolled in a preparatory school in Yoyogi. After a year spent studying for the entrance exams, Ishikawa managed to pass them and went on to university.

As I mentioned in the previous installment, I failed all university entrance exams that I took in my third year in high school, so I was thinking to give up going to university altogether. In my last spring break right before graduating from high school, however, I went to Kagoshima to seek the advice of Tomosuke Noda, and as a result decided to spend the next year studying and take the exams again. And so, I enrolled in a preparatory school in Yoyogi. I remember that my choice fell on Yoyogi somewhat naturally, as the area was known for its high concentration of prep schools.
On the other hand, I could not discard my desire for travel, so in the summer holiday of that year I used the money I had saved from my part-time job to travel for two weeks in Vietnam, and from there went by land to Cambodia for another two weeks. After a whole month spent away from Japan, I finally began to push myself to study hard in early fall, but there was no denying that I had fallen behind. Somehow, I managed to pass the exams and got accepted to the School of Human Science and the School of Literature II at Waseda University. As I could not decide in which to enroll, I sought the advice of a somewhat eccentric Japanese language teacher in my high school. He told me, in no uncertain terms, that my place was in the School of Literature, and since the campus of the School of Human Science was in Tokorozawa, far from where I lived, I decided to enroll in the School of Literature II. This happened in the spring of the following year.
There was a girl that I liked a lot in prep school. She had long hair, and was smart and affable, so we had great conversations. From time to time, we would walk from school together. She wanted to get accepted to the International Christian University (ICU), and since I liked the policy and education goals of the university, I, too, decided on it as my first choice and concentrated on studying English. To some extent, this motivated me to study even harder, and the extensive vocabulary I memorized during those days has served me well in my journeys. Eventually, I was not accepted to the ICU, but remained close friends with that girl.
Looking back, my eighteenth and nineteenth years seem to be the time when I read the most. I continued to read the travel books of Michio Hoshino, Kotaro Sawaki, Naomi Uemura, and other authors whom I first encountered in junior high and high school. I was also an avid reader of Ryokojin (“Traveler”), a magazine edited by Jinichi Kuramae. In the pre-Internet days, backpackers treasured this magazine for the extensive and accurate up-to-date information it provided on overseas travel destinations.
Back in those days, I did not belong anywhere, and the future looked uncertain. Yet, there was no limit on the things that I wanted to do. I could read to my heart’s content, go to the movies, travel. Looking back, these were enviably luxurious years.

Born in Tokyo in 1977. Completed the Doctor’s Degree Program of the Graduate School of Fine Arts, Tokyo University of the Arts. Driven by his interest in anthropology and ethnology, Ishikawa travels around the world, from remote areas to urban metropolises, while continuing to present his works. He won the Newcomer’s Award from the Photographic Society of Japan and the Kodansha Publication Culture Award for Photography for NEW DIMENSION (AKAAKA Art Publishing, Inc.) and POLAR (Little More Co., Ltd.), and the Domon Ken Award for CORONA (Seidosha). His numerous published books include Saigo no Bokenka (“The Last Adventurer”) (SHUEISHA Inc.), for which he received the Kaiko Takeshi Non-Fiction Award.
2020, Ishikawa received the Lifetime Achievement Award from the Photographic Society of Japan for MAREBITO (Shogakukan, Inc.) and EVEREST (CCC Media House Co., Ltd.).