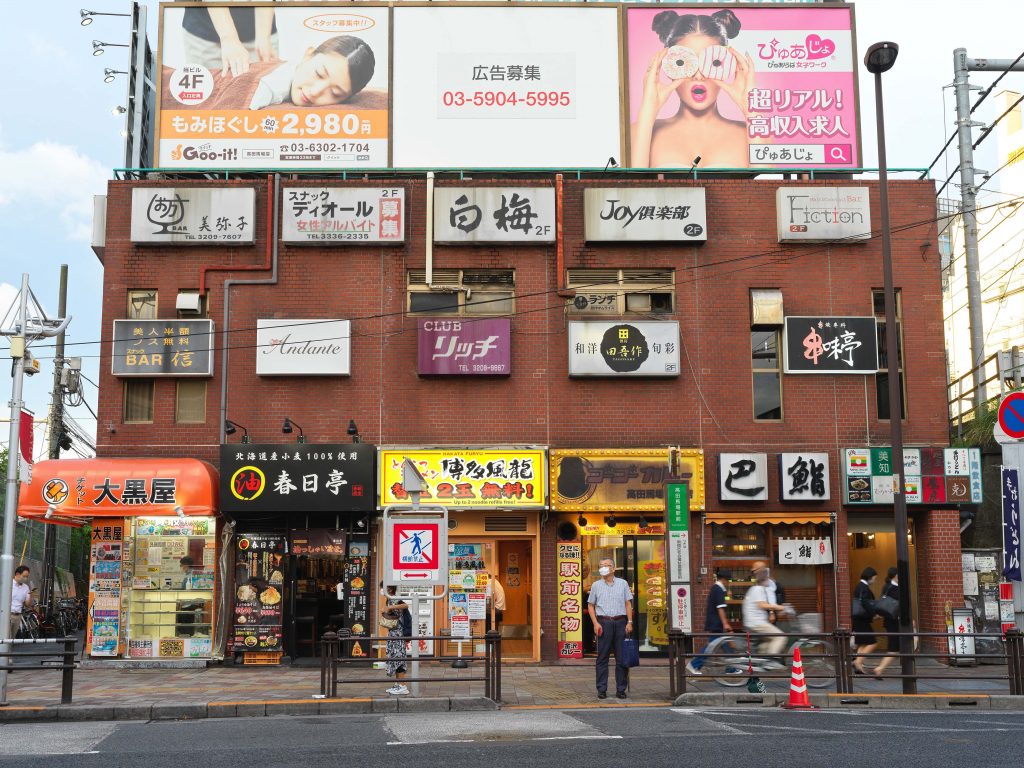 Takadanobaba and Waseda. These two neighboring areas form a students’ quarter that is home to the Waseda University. After enrolling there, Ishikawa entered a busy chapter of his life, in which he pursued the challenge of climbing some of the world’s highest peaks while keeping up with his studies. Ishikawa takes a stroll down his old school route as he reminisces over the event that set him on the road to serious climbing, his school life memories, and the various happenings and encounters that inspired him to pursue a career in photography.

In 1998, I got an opportunity to climb Denali (the highest mountain peak in North America) in the winter. Back then, I was 20 and in my first year in university. I had no previous experience in climbing mountains with this high level of difficulty, and throughout the expedition suffered from headaches that accompanied my first encounter with the altitude disease. Still, I somehow managed to reach the peak. After that first adventure, I would embark on journeys to conquer, one after another, the Seven Summits (the highest mountains of each of the seven continents).
In the beginning of 2000, when I was in my fourth year in university, I was selected as the Japanese representative to the Millennium Challenge Pole to Pole 2000 (P2P) project organized by Canadian explorer Martyn Williams. P2P was a year-long human-powered expedition from the North Pole to the South Pole, and I was set to travel for an entire year.
Before departure, the chief of the photography department at a certain newspaper company told me, “Keep a photo record of the journey. I will give you a lot of film, so use up one roll each day.” This is how I received about 300 rolls of 35mm film with 36 exposures. Every day, I shot one roll’s worth of photos, and that experience became the starting point of my career as a photographer.
I brought with me three Canon EOS Kiss single-lens reflex (SLR) cameras, but because of the tough conditions of the journey, all three cameras broke in Antarctica, the last leg of the expedition. I documented our arrival at the South Pole with the only camera I had left, a Fujifilm water-resistant disposable camera called QuickSnap (Japanese product name UtsurunDesu).
After returning from the P2P expedition, I saw for the first time Plaubel Makina, a collapsible medium-format camera. Photographer Risaku Suzuki, who came to teach at the School of Literature showed it to me, and, in an attempt to imitate him, I acquired one myself, and have been using it regularly ever since.
In 2001, I successfully climbed Mount Everest from the Tibetan side, and thus managed, while still in university, to improve the record for the youngest person (at that time) to ever climb the Seven Summits.
I spent one year studying abroad, and took an additional year off school to participate in the P2P project. Also, in March of my fourth year in university, my graduation was postponed for six months because of insufficient lecture attendance record, and I graduated in September. As a result, I spent a total of six and a half years in university. During that period, I went on frequent journeys, and worked hard to get my credits in between trips. Looking back, I think it was quite a turbulent period of my life.

Born in Tokyo in 1977. Completed the Doctor’s Degree Program of the Graduate School of Fine Arts, Tokyo University of the Arts. Driven by his interest in anthropology and ethnology, Ishikawa travels around the world, from remote areas to urban metropolises, while continuing to present his works. He won the Newcomer’s Award from the Photographic Society of Japan and the Kodansha Publication Culture Award for Photography for NEW DIMENSION (AKAAKA Art Publishing, Inc.) and POLAR (Little More Co., Ltd.), and the Domon Ken Award for CORONA (Seidosha). His numerous published books include Saigo no Bokenka (“The Last Adventurer”) (SHUEISHA Inc.), for which he received the Kaiko Takeshi Non-Fiction Award.
2020, Ishikawa received the Lifetime Achievement Award from the Photographic Society of Japan for MAREBITO (Shogakukan, Inc.) and EVEREST (CCC Media House Co., Ltd.).