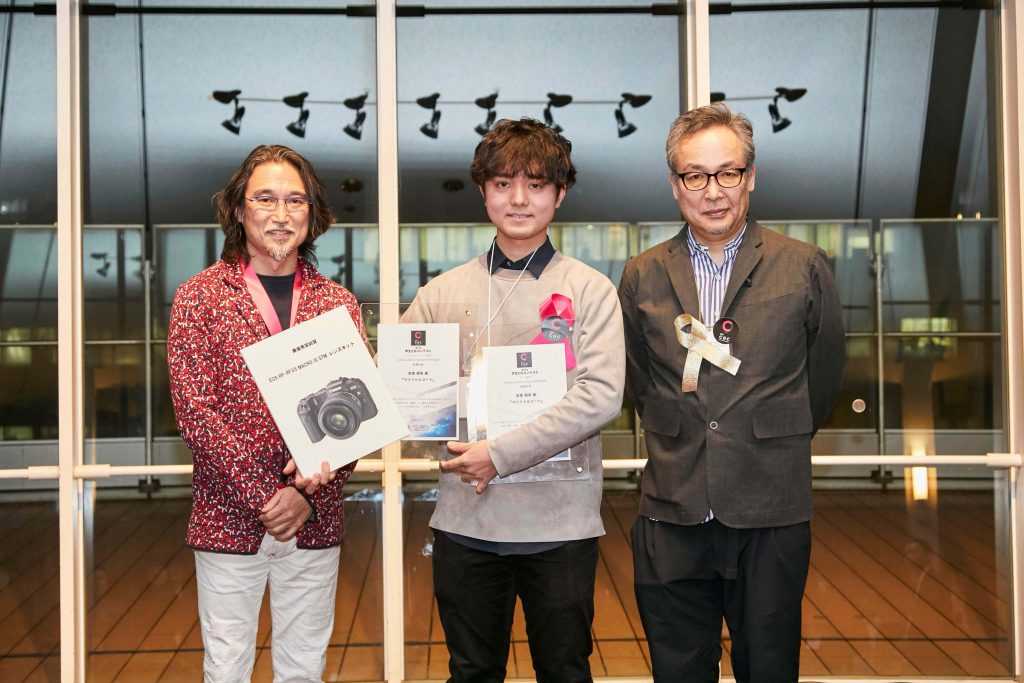 For an artist, a record of received awards is an important indicator when measuring abilities and building a career. Among the numerous such challenging opportunities, the Campus Genius (CG) Contest is a student-only competition that invites aspirational works from a variety of genres ranging from animation, games, and installations to performances. In this interview, we asked two young CG Contest award winners what prompted them to enter the contest, and discussed their future prospects.

What is the Campus Genius (CG) Contest?

Initially, the CG Contest was a competition that invited for participation in each category works of art created using computer graphics (CG). Today, however, the contest functions more broadly as a venue to discover talented students (Campus Geniuses (CG)), regardless of the genre or theme of their works. As for the category of nomination, it is determined at the screening stage. Works that place priority on conveying a message are nominated in the Art Division, while works that focus on entertaining the audience and users are nominated in the Entertainment Division. There are also works that are nominated in both categories.

Ingenuous approaches to conveying the intent behind a work of art

In this year’s contest, Tomoki Misato won the CGC Platinum in both the Art Division and the Entertainment Division. The awarded work was My Little Goats, a stop-motion animation (animation in which objects are physically manipulated between individually photographed frames so that they will appear to move independently) based on the classic tale The Wolf and the Seven Young Goats by the Brothers Grimm.
“What prompted me to enter this contest was the opportunity to have my works reviewed by a panel composed of famous animation company presidents and directors. In the CG Contest, the panel members’ reviews of the works and advise for the artists are published on the Internet, so when applying I was quite anxious to clearly stipulate the intent behind my work and its context.”

The work 《watage》 by installation artist (euglena) won the CGC Gold in the Art Division and the CGC Silver in the Entertainment Division. 《watage》 is an interactive installation that recreates dandelion puffs. The installation consists of objects made from dry puffs and puffs soaked in water and molded to form drops that are then glued together one by one using liquid glue.
“I considered new means of expression that are not in any way inferior to the flamboyant technological expressive means, and the result was this material. I entered the CG Contest in order to boost the opportunities to have my works exhibited. Another objective is to gain experience by revising concepts and changing materials for each contest which I enter.”

For both artists, entering contests appears to be a way of getting closer to their ideal image of an artist.