Naoki Ishikawa: Traveling Through My Memories of Tokyo, Interview 1/2 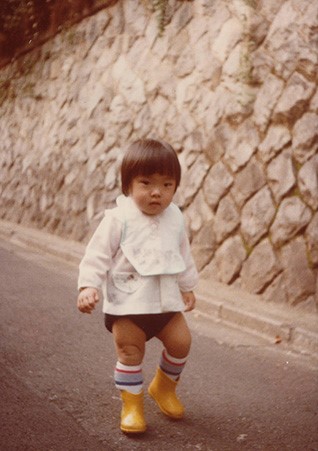 Naoki Ishikawa is a photographer and an adventurer. Ever since his solo trip to India and Nepal when he was in his second year of senior high school, he has been going around to every corner of the world: oceans, mountains and even the sky. In the year 2000, he took part in “POLE TO POLE 2000,” where participants traveled from the North Pole to the South Pole by means of only human power, and started taking photographs at various destinations. He was the youngest person in 2001 to climb to the summits of all the tallest peaks on the seven continents. Since 2008, he has received a New Face Award from the Photographic Society of Japan, a Culture Award from Kodansha, the Domon Ken Award and many others. In addition, his activities in writing have been highly valued. His book, Saigo no Bōkenka (The Last Adventurer) (Shueisha), received the Takeshi Kaikō Non-Fiction Award.
In this series, Ishikawa focuses on “Tokyo.” Tokyo is the place where he was born and raised, and he still resides there. It is also where he comes home to with all the memories of meeting people on his travels, saying goodbye, happiness and even suffering. How does “Tokyo” as his point of origin look to Ishikawa, the world traveler? Before the installment of his new series of essays with photos, we interviewed him and will present it in two parts.

--I believe you haven’t really chosen “Tokyo” as the theme for either your books or photographic works. To be quite honest with you, when we brought this offer to you, we were worried whether you would be interested.

I’ve been writing about traveling and taking photos because that’s where I could meet new people and find surprises and discoveries. Since Tokyo is a familiar place to me, it is less likely for it to be a destination for my trip, and it is less likely to find as many discoveries here as any other location. However, when you look at Tokyo as you trace your memories from the past, you can discover something different from those of your travels. Up until now, I’ve been writing in the present progressive form, with little attention put on past memories. Therefore, this essay series is personally encouraging.

--We can expect to see a novel side of you in this series. Will you tell us what kinds of places you might write about?

There are a lot of places that are engraved in my memory. To start with, I was born in Hatsudai. Although we moved away before I began to understand things, it has been a place that’s part of my identity.

I lived in Itabashi from kindergarten through the time when I was an elementary school student, then I moved to Meidaimae when I started junior high school. I remember walking along a train track and seeing a boxing gym. The schools I attended from kindergarten to high school are all located around Kudanshita and Iidabashi, and I have lots of memories around there. I would wander around the Imperial Palace and Jimbocho after school.

--Are there any other memorable places?

I’ve met various artists and photographers in Shinjuku. It was at Shinjuku Golden Gai where I met for the first time Daidō Moriyama, my photography teacher. I still remember the time Shinro Ohtake and I walked through Golden Gai right after we came back from the Himalayas.
Also, I went to Roppongi often when I participated in an exhibition held at the National Art Center. I even photographed a female model at Roppongi Hills. There was a photo development store I frequented in Nishiazabu and Akasaka and I once visited the office of Kishin Shinoyama in Akasaka. In that sense, I have plenty of episodes relating to photography in Roppongi.
The first mountain I climbed was Okutama. I used to fish at the upstream of the Tamagawa River. Tokyo University of Arts, which I attended for graduate school, is located near Ueno and Yanaka. SCAI THE BATHHOUSE, an art gallery I belong to, is around there, too. I often use Shibuya Station, making it like a starting point for me. There are others, like Odaiba, where I once took a friend from abroad, Daikanyama, where my office is in, and Gakugeidaigaku Station and its vicinity, where I live. I constantly go to different places in Tokyo.