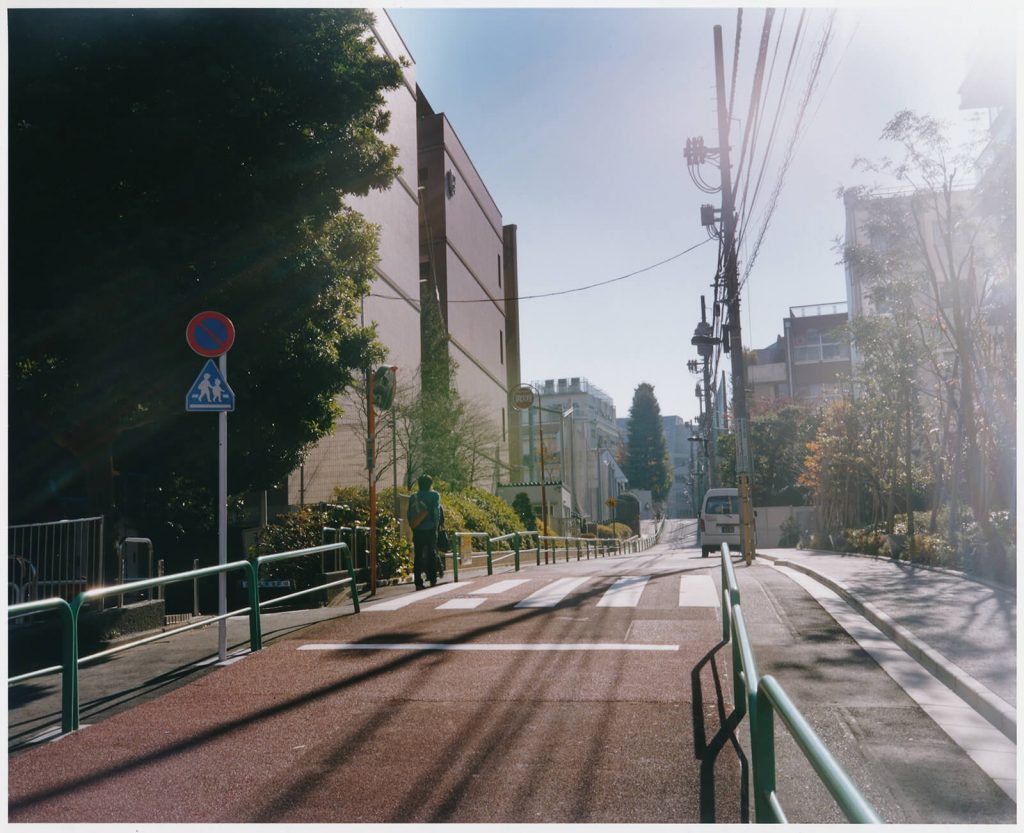 The town Iidabashi was named in 1966 after a bridge built in 1881 spanning a moat between the site of old Edo Castle and the town. The land is formed by numerous inclines.

I spent my childhood in and around Iidabashi for 15 years, from kindergarten to high school at Gyosei Gakuen. This is the Japan’s oldest Catholic boys school, established by French priests in 1888. Its school uniform, featuring gold lapel badges and buttons on a black stand collar jacket, was modeled after the French Navy’s uniform. The schools I attended are located in such a unique area.
I still see the inclined approaches to the Gyosei Gakuen elementary school in my dreams quite often. It’s neither scary nor happy. I’m just walking toward the slope. For me, there was another world beyond the slope that connected inside and outside. They’re still in my memory.
The landscapes around there have changed a lot (over the past two decades), although the parks, banks and other things remain unchanged.
Near the Iidabashi subway station, I used to use a green public pay phone to call my mother after school. There were some homeless people around there. Without giving it much thought, I would often check on a man who was always in the same location.
I enjoyed playing on the escalators at the station together with my friends. I don’t think it was bad manners but was not good behavior. For me, it was somewhat like an adventure at that time.
Looking back around that time, I think elementary school boys live in a different world than adults. It is limited, but they can shape the world in their own way. For my childhood, imagination was equal to adventure. It was valuable and competed with travel or going on journeys.
Once I had grown up, the station became no more than a spot to move toward a destination. The escalator became just an escalator. I think I had an ability to bring new, unknown space naturally to myself when I was child.
I cannot remember exactly, but I dreamed to go to unknown places, far away.

Original text was written in Japanese by Naoki Ishikawa. Edited and translated by Kae Shigeno.